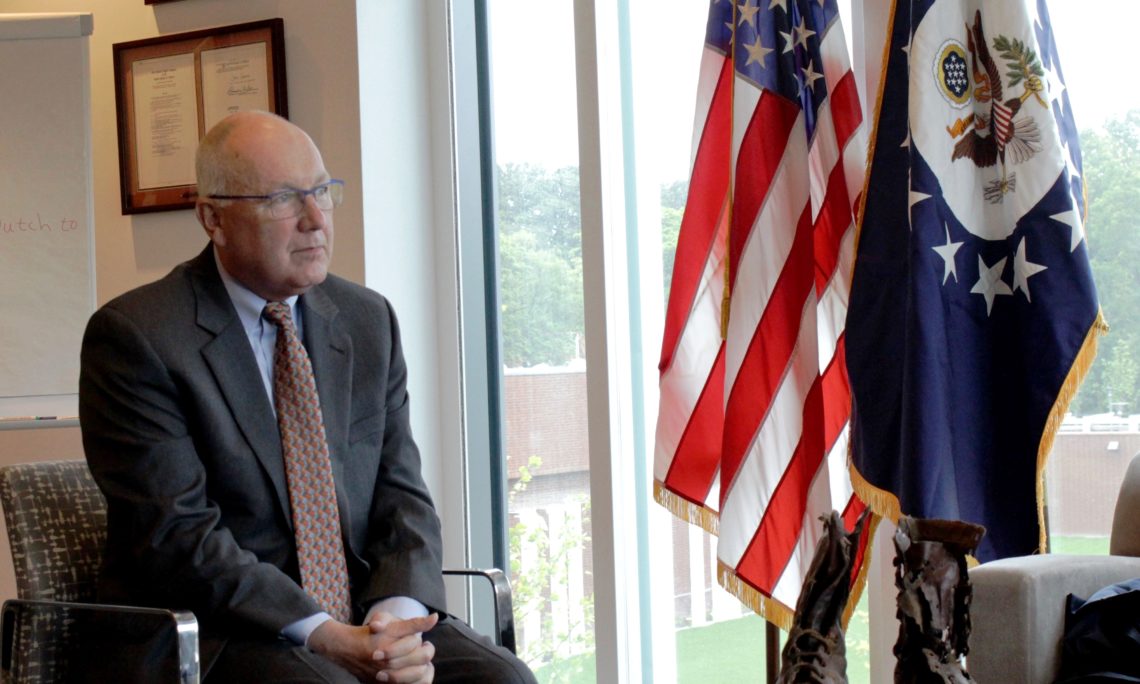 In a short ceremony hosted by Ambassador Pete Hoekstra at the U.S. Embassy in The Hague, jump boots belonging to 2nd Lieutenant Frederick Humphrey were returned to the 82nd Airborne Division. Lt. Humphrey was killed in action in September 1944 during Operation Market Garden and was buried in Kansas City. His boots remained lost until they were discovered by a Dutch farmer, Felix de Klein. Using the laundry tag serial number still intact in the boots, archivist Thulai van Maanen identified the boots as belonging to Humphrey.

During the ceremony, De Klein and Van Maanen outlined the process of identification and contacting the proper U.S. officials. The boots were then formally returned to the 82nd Airborne and were received by Sgt. Major Noonan.  Upon their return to the United States, the boots will be on display at the Airborne and Special Operations Museum in Ft. Bragg, N.C. The timing, Noonan says, is especially poignant, coming so close to Memorial Day. According to Noonan, the boots remind the paratroopers of today that, “once a paratrooper, always a paratrooper,” and “no matter what, we will remember you.”