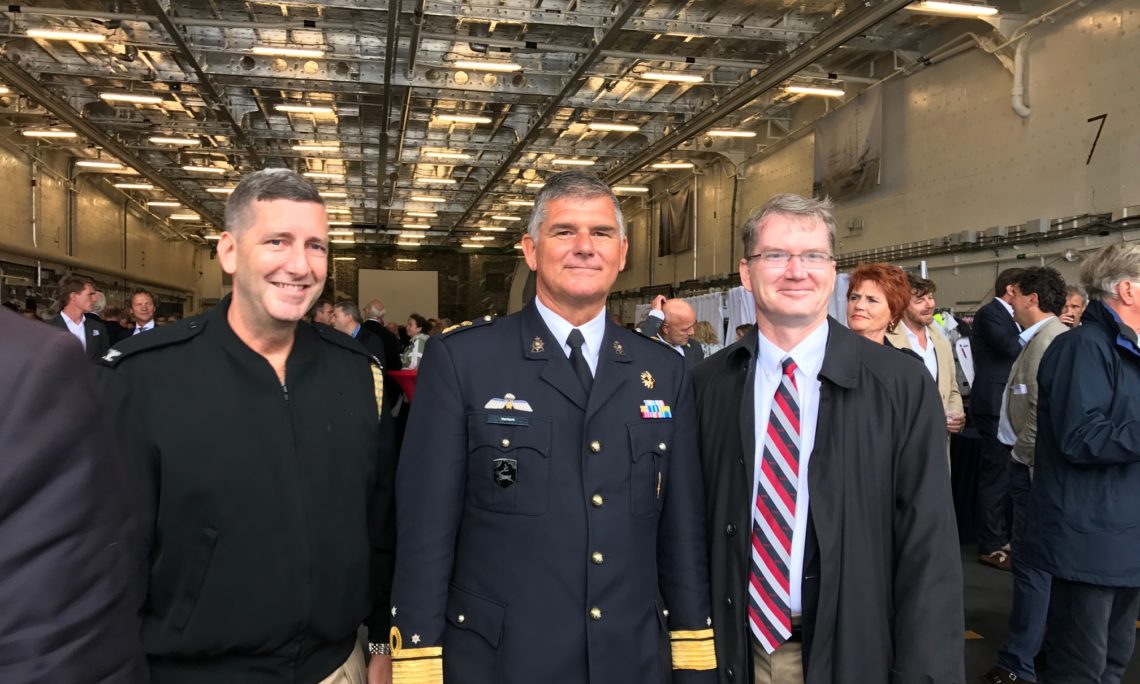 Each year during the first weekend of September, the city of Rotterdam and the Port of Rotterdam co-sponsor the annual World Port Days festival.  This year marks the 40th celebration of World Port Days and the festival theme is “Worldwide.”  The weekend-long festival is a chance for the public to visit many of the companies and operations around the port.

Chargé d’Affaires Shawn Crowley and Defense Attaché Captain Robert Buzzell from the U.S. Embassy, joined Commander of the Royal Netherlands Navy and Admiral Benelux Lieutenant-General Rob Verkerk for events on the HNLMS Karel Doorman.  The HNLMS Karel Doorman is the largest ship in the Dutch Navy and is used jointly by the Dutch and German navies.