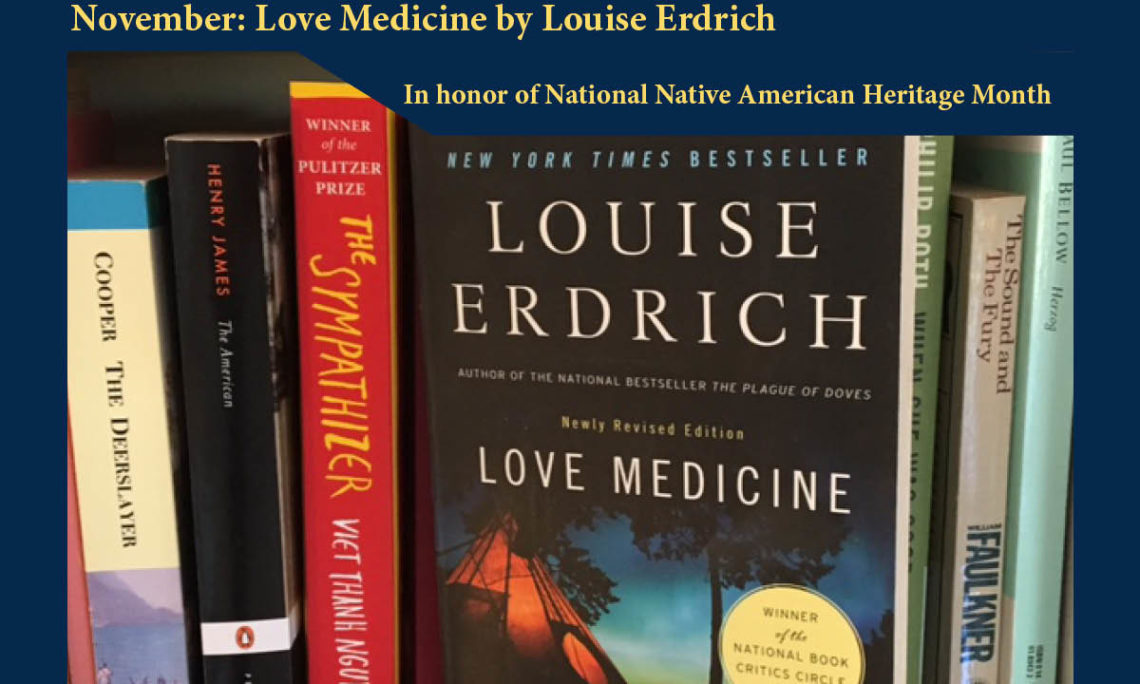 What's on the CG's Bookshelf? Love Medicine by Louise Erdrich

This month’s book is “Love Medicine” by award-winning author Louise Erdrich.  Erdrich won the 2015 Library of Congress Prize for American Fiction “for [portraying] her fellow Native Americans as no contemporary American novelist ever has, exploring—in intimate and fearless ways—the myriad cultural challenges that indigenous and mixed-race Americans face.”  “Love Medicine,” the first of Erdrich’s 15 novels and winner of the prestigious National Book Critics Circle Award, tells the gripping multi-generational story of two Native American families confronted with day-to-day struggles and the loss of cultural identity on the Turtle Mountain Indian Reservation in North Dakota.  The New York Times called the novel “A wondrous prose song…about the enduring verities of love and surviving.”  November marks the National Native American Heritage Month.  Read more about the significant contributions the first Americans made to the establishment and growth of the United States at nativeramericanheritagemonth.gov.  And let us know your thoughts about the novel!