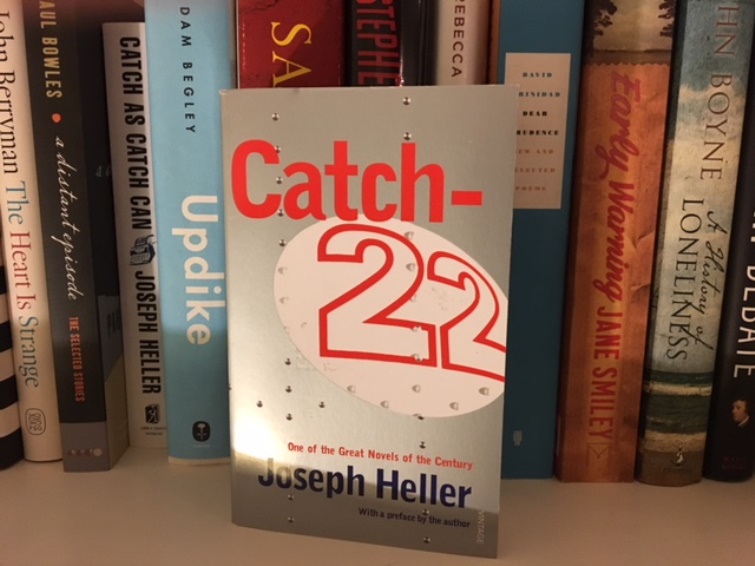 Thanks to the U.S. Consulate’s Youth Advisory Board (comprised of Amsterdam University College students) for recommending this month’s book—“Catch-22” by Joseph Heller.  The iconic 1961 novel, set off the coast of Italy in World War II, chronicles the experiences of Captain John Yossarian and his 256th air corps squadron as they confront the violence and paradoxes prevalent in war.  Thanks to Heller, the phrase “catch-22” has fully entered the English lexicon, defined in the Merriam-Webster dictionary as “a problematic situation for which the only solution is denied by a circumstance inherent in the problem,” or more generally, “a situation presenting two equally undesirable alternatives.”

The son of Russian immigrants, Heller was born in Brooklyn, New York, in 1923, and went on to become one of America’s best-known writers and satirists.  In 1942, at the age of 19, he joined the U.S. war effort in Europe, flying 60 combat missions over Italy as a B-25 bombardier.  His experience during the war had profound influence on his writing.  Fellow writer Kurt Vonnegut—another U.S. literary giant influenced by his experience in WWII—called Heller’s death in 1991 “a calamity for American literature.”  Let us know what you think of this American classic and keep your recommendations coming.