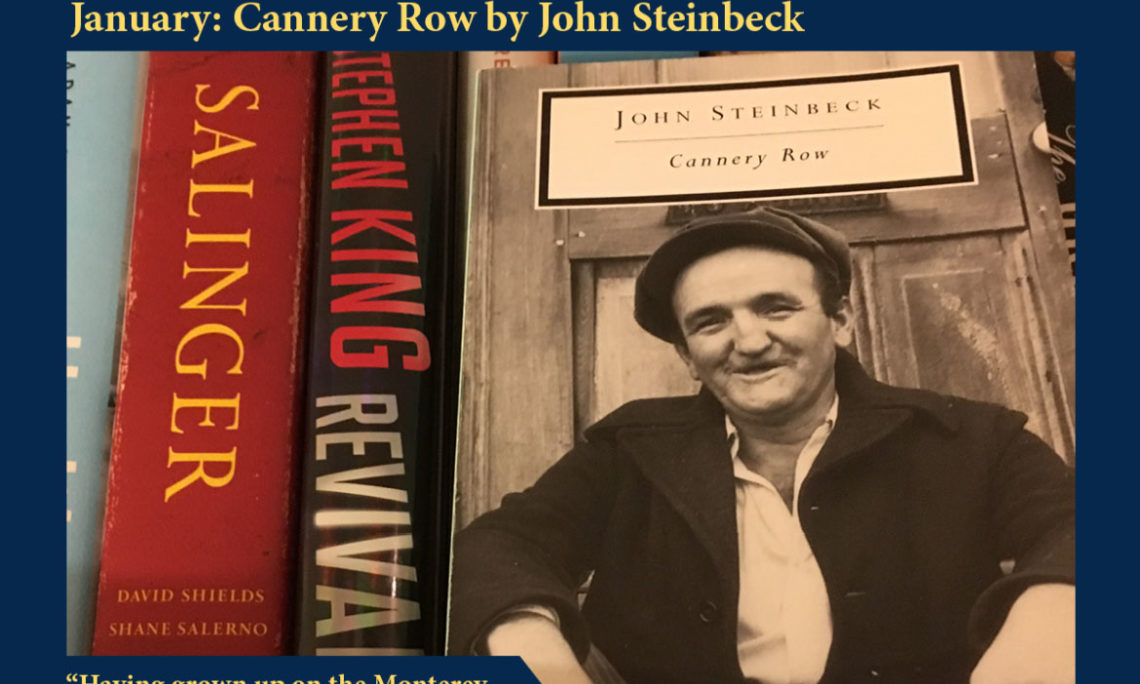 This month’s book, the first for 2017, is Cannery Row from Nobel winning author John Steinbeck.

Born in California’s fertile Salinas Valley in 1902, Steinbeck went on to become one of America’s most celebrated writers of short stories and novels.  Steinbeck captured the lives and day-to-day struggles of working-class America in ways that few other authors could, highlighting the desperate conditions many rural laborers faced during the Great Depression.  Cannery Row, published in 1945, chronicles the lives of a ragtag group of individuals working in and around the sardine factories in Monterey, California.  In his oft-cited opening line, Steinbeck describes Cannery Row in Monterey as “a poem, a stink, a grating noise, a quality of light, a tone, a habit, a nostalgia, a dream.”

Steinbeck had a deep connection to California’s Central Coast, and his time in Monterey was known to be among the happiest in his life.  Steinbeck was awarded the Nobel Prize in Literature in 1963 and died five years later in New York City in 1968.  His body was returned to his native California where he was buried alongside his family.

Enjoy this American classic and let us know what you think.  And, if you find yourself along California’s Central Coast, check out the National Steinbeck Center (www.steinbeck.org).