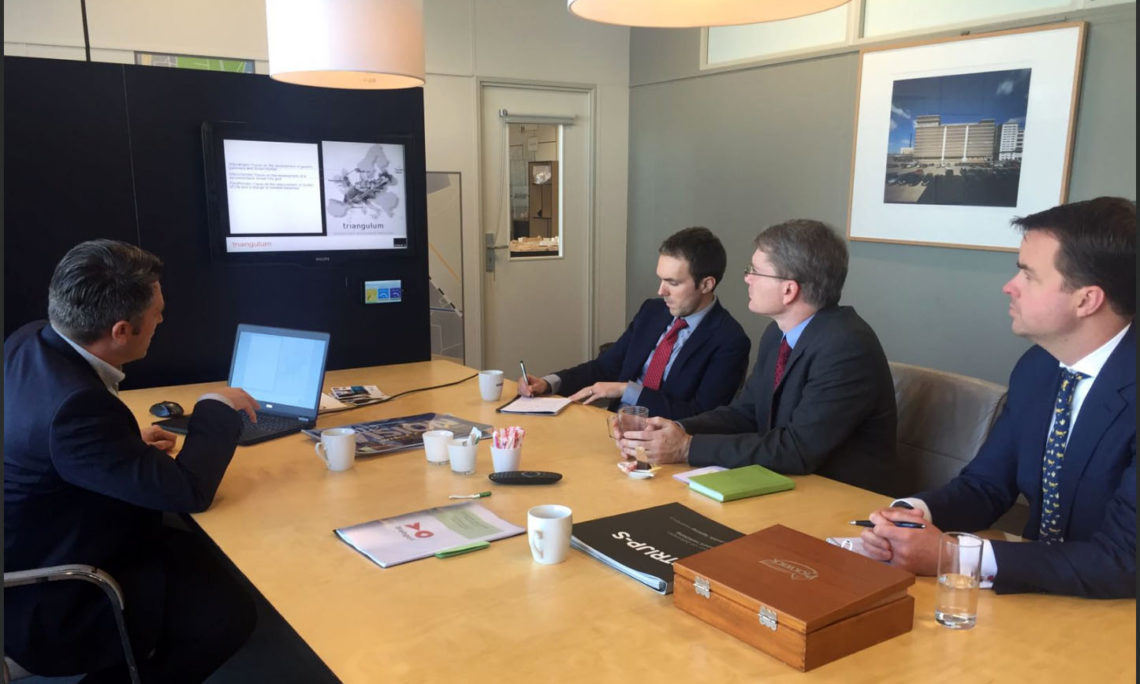 On November 29 and 30, 2016, Chargé d’Affaires Shawn Crowley visited one of world’s smartest regions; the Brainport Eindhoven region. The region is specialized in high tech and R&D, especially in Semiconductors and Automotive. The companies in this region account for 19 percent of the Dutch total R&D.

Mr. Crowley met several companies and stakeholders to learn more about the region. This two day trip started at a location that was vital to the growth of Eindhoven, the first Philips headquarters. Mr. Brouwers, Vice Director at Brainport, informed Mr. Crowley about recent developments in the area, and also some of the history of Eindhoven where Philips played a crucial role.

Mr. Crowley continued his trip at Strijp-S, where technology and innovation meet design. This is also the first location of the Singularity University, founded in Silicon Valley, California. Mr. Crowley then visited the Mayor of Eindhoven, John Jorritsma to talk about recent developments in Eindhoven. The day concluded at the Automotive Campus in Helmond, where they’re working extensively on smart roads and smart infrastructure.

On November 30, 2016, Mr. Crowley met with Maurice Geraets and Guido Dierick at NXP. NXP is one of Philips’ many spin off companies and is now a market leader in semiconductors, this company produces chips used in most smartphones and cars. NXP recently announced that they are bought by the American tech-giant called Qualcomm.

After this visit at the High Tech Campus in Eindhoven, he met Cryll Geurts and Joost van Hees at ASML. ASML, also a Philips spin off, manufactures the machines that actually make the chips, like the ones from NXP. This worldwide market leader enables chip manufacturers to produce smaller and faster chips every year.

After a full program with many companies, one thing became very clear, the Brainport region makes the world a smarter and better place.