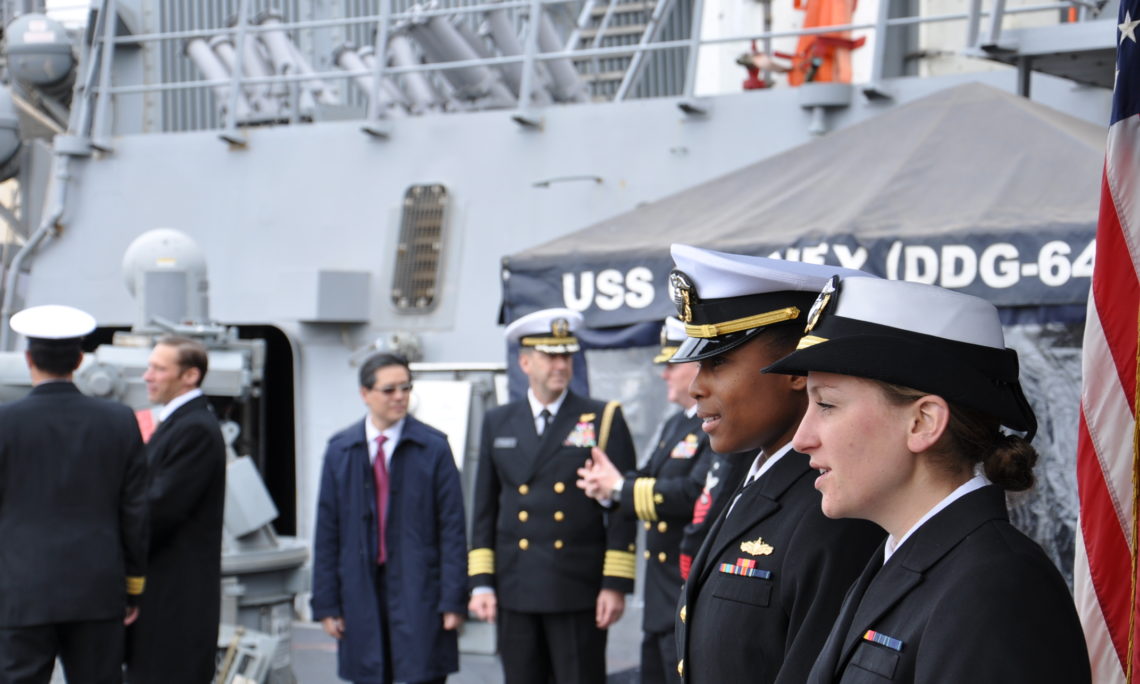 The U.S. Navy Destroyer, the USS Carney, stopped over in Amsterdam for a brief visit.  The USS Carney is the 14th Destroyer in the Arleigh Burke class and is based out of Rota, Spain.  Throughout the course of its 21 year history the USS Carney has made numerous deployments to the fifth and sixth fleet Areas of Responsibility, both as part of a strike group and in support of various U.S. and NATO Operations including Operation Enduring Freedom, Operation Ocean Shield, and Operation Odyssey Lighting in support of the war against terrorism.

The motto of the Destroyer is “505 feet of American Fighting Steel.”  On May 1, CDA Shawn Crowley hosted a reception on board with Dutch officials, Navy officers, and Parliamentarians.