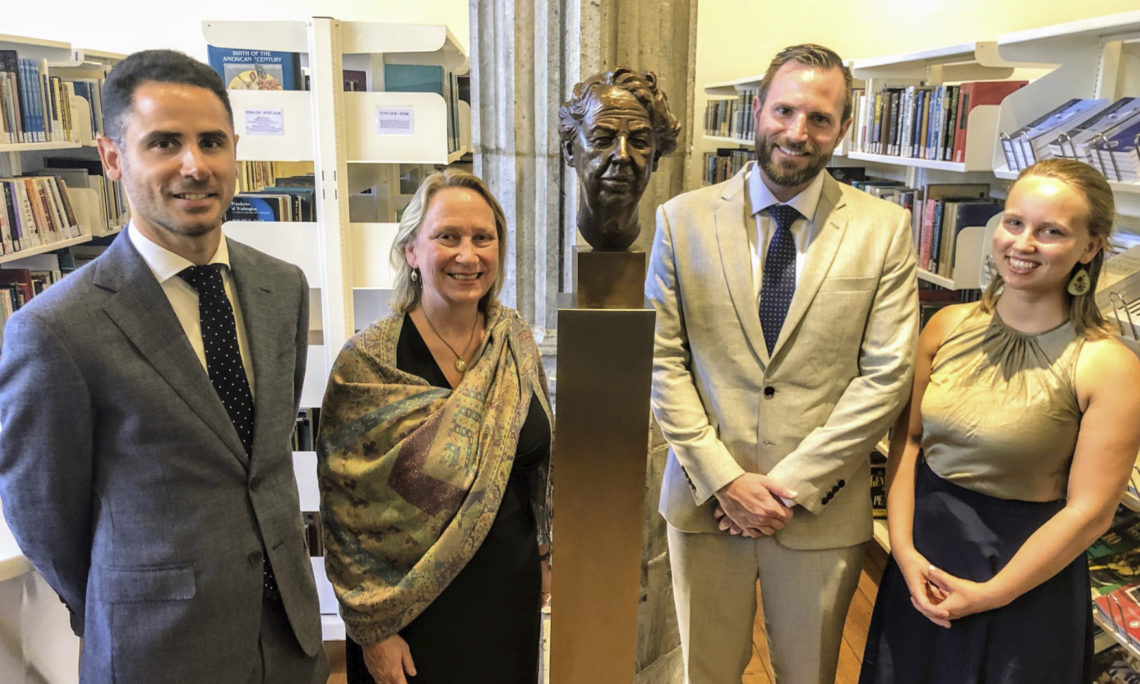 On August 6, 2018, Laura and Trudy Roosevelt, granddaughter and great-granddaughter of U.S. President Franklin D. Roosevelt, unveiled a bronze bust of Laura’s grandmother Eleanor Roosevelt in the Abbey of Middelburg to mark the seventieth anniversary of the universal declaration of human rights.

The province of Zeeland wanted the bust to be placed in the Abbey complex, because it fits in the profile of Zeeland being the land of freedom.

The bust was produced by the Czech artist Marie Seborova, and it is located in the library of the Roosevelt Institute for American Studies (RIAS) in Middelburg, the same room as the bust of Franklin Delano Roosevelt.

The Roosevelt Institute for American Studies is a research institute dedicated to the study of the history, politics, and culture of the United States.