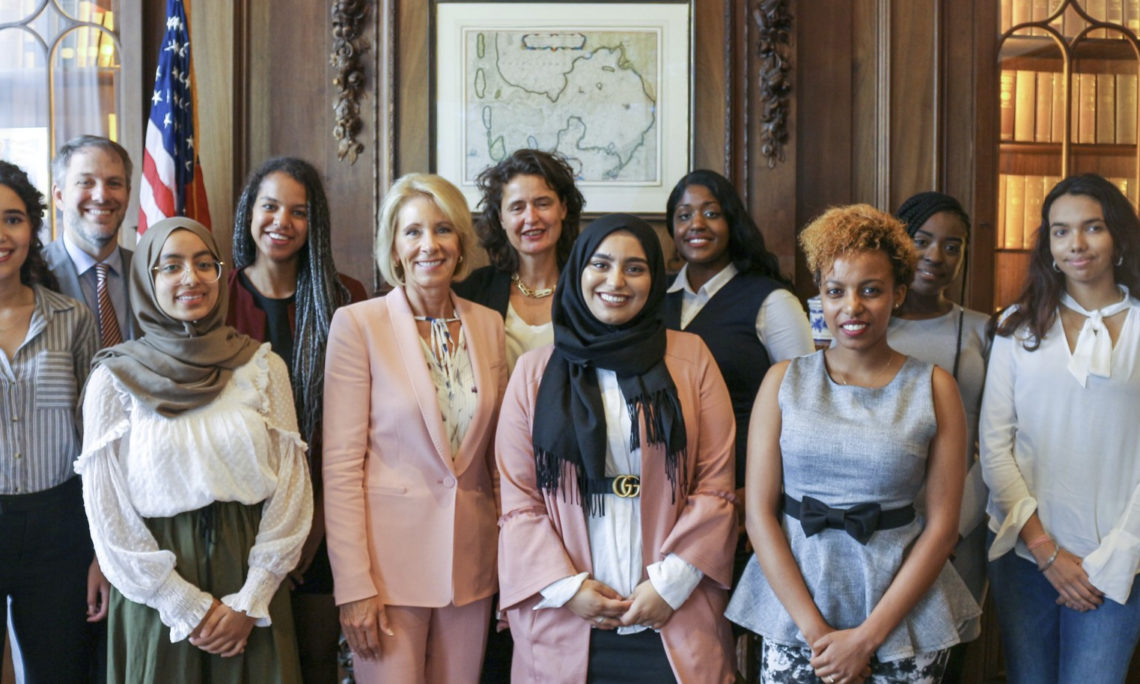 The U.S. Secretary of Education, Betsy DeVos, travelled to the Netherlands for an official program on June 11-12, as the second stop on a three country trip to Switzerland, the Netherlands, and the United Kingdom, to explore the vocational education, decentralized school systems, and apprenticeship programs within Europe.

Her visit to the Netherlands, planned by the Dutch Ministry of Education, focused on vocational education, school choice, and advancing education options to prepare students for the modern economy. Secretary DeVos started her trip by meeting with the Minister of Education, Culture and Science, Ingrid van Engelshoven, and the Ministry helped to plan her visits. She viewed how Imelda Primary School in Rotterdam has incorporated arts into the school to advance student understanding of abstract concepts and to encourage problem solving.  She spoke with students at Edith Stein College in The Hague about the Dutch educational system and challenges faced by students.  She also visited students a Lucia Marthas Institute for the Performing Arts in Amsterdam, where students were preparing performances for their end of year productions.

Secretary DeVos had a hands-on program at the Regional Vocational Education Center Westpoort in Amsterdam where students demonstrated skills they were learning in the fields of electrical engineering, automotive repair, catering, and other programs.  Her visit explored different aspects secondary vocational education within the Netherlands, and how it prepares students for technological jobs.

Secretary DeVos had two round-tables during her trip.  The first focused on school choice, funding, and administration in the Netherlands with a teacher, a parent and board member, a professor and expert on Dutch education law, and a school administrator.  Her second round-table was a discussion with student ambassadors from IMC Weekend School on motivating students to seek potential career opportunities.   She also met with American teachers currently in the Netherlands as Fulbright Scholars and English Teaching Assistants.

DeVos also looked at the links between education and culture at institutions such as the Anne Frank House and the Teekenschool at the Rijksmuseum.  Each day ended with special dinners, the first hosted by Ambassador Hoekstra and the second hosted by Minister van Engelshoven and the City of Amsterdam.