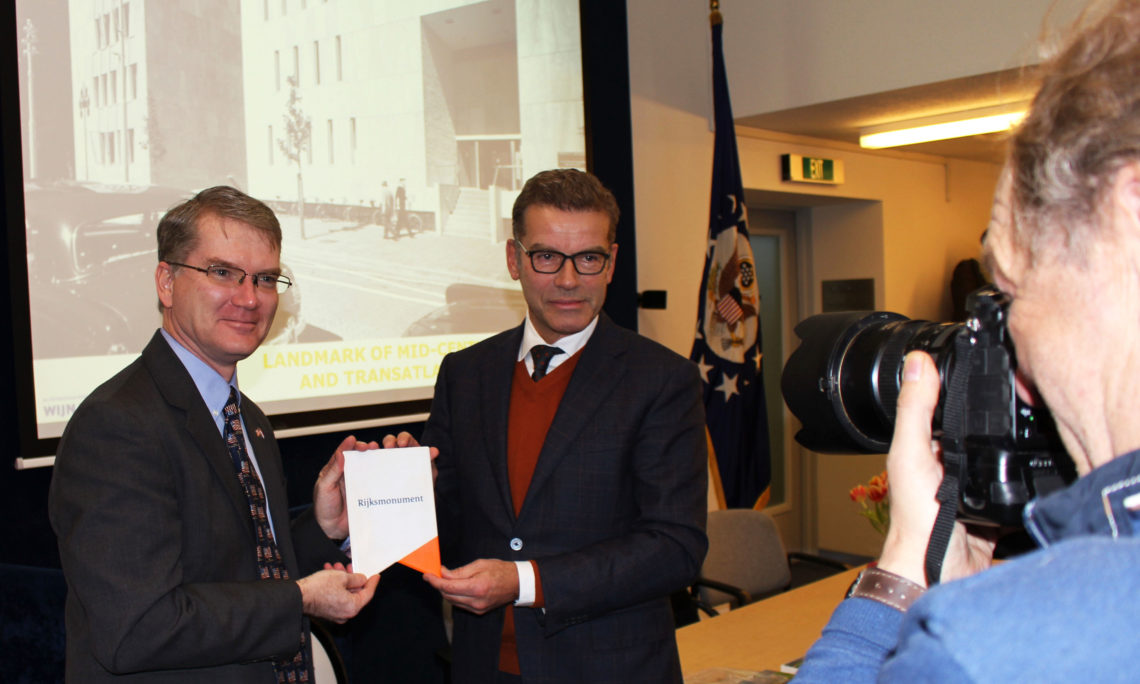 Cees van ‘t Veen, Director National Cultural Heritage, on behalf of the Minister of Education, officially designated the American Embassy in The Hague a national monument during a ceremony at the Embassy on January 20, 2017.

Tracy Metz, Director of the John Adams Institute and journalist on urban issues, and Wijnand Galema, author and architectural historian, gave interesting presentations on the history of the building.

The building by Hungarian-American architect Marcel Breuer was completed in 1959.

The first copy of the book “Post-War Reconstruction the Netherlands 1945-1965. The Future of a Bright and Brutal Heritage” was also presented to Mr. Joris Wijsmuller, The Hague Alderman for Urban Development, Housing, Sustainability, and Culture.