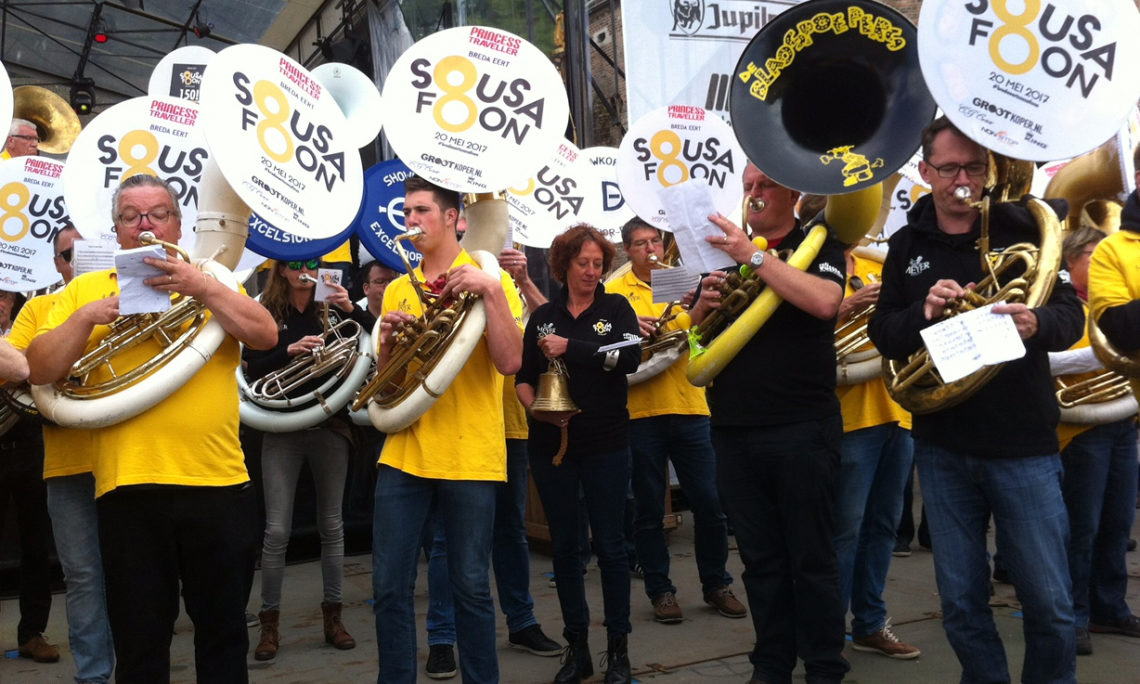 The Harmonie Concordia Festival celebrated its 140th anniversary with a concert dedicated to American composer and conductor John Philip Sousa on May 20, 2017. Over 150 sousaphonists played the tuba-like instrument named after him.

John Philip Sousa (November 6, 1854 – March 6, 1932) was known primarily for American military and patriotic marches. In fact, he is often referred to as the “American March King” because of his mastery of march composition.

Among his best-known marches are “Stars and Stripes Forever” (National March of the United States of America), “Semper Fidelis” (Official March of the U.S. Marine Corps), and “The Liberty Bell” (used as the theme for Monthy Python’s Flying Circus).

Sousa first performed his music in Breda in August 1900 after visiting the World Fair in Paris. Many believe his performance in Breda gave a boost to Breda’s music scene and ultimately led to Breda Jazz.