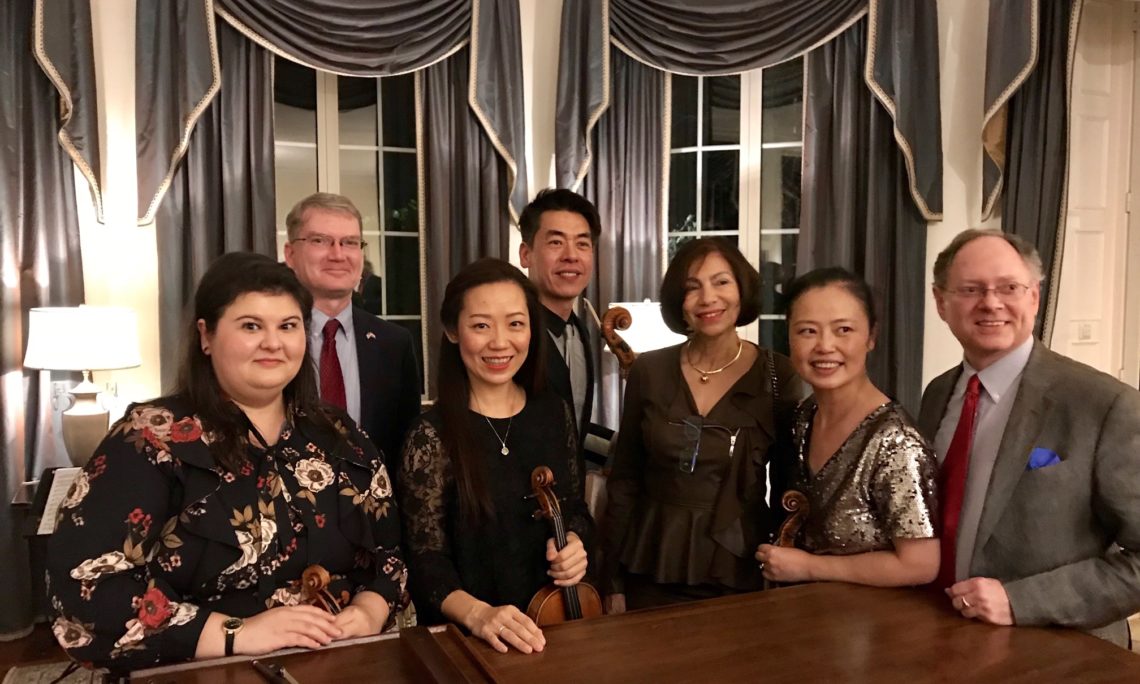 During International Education Week, the Netherlands Fulbright Alumni Association and the U.S. Embassy The Hague organized an early Thanksgiving event for Fulbright alumni at the Ambassador’s Residence.

The fifty guests had a lovely evening which started off with speeches by Public Affairs Counselor Sherry Keneson-Hall and Chargé d’Affaires Shawn Crowley.

The Fulbright program is the flagship international educational exchange program sponsored by the U.S. government and is designed to increase mutual understanding between the people of the United States and people from other countries.

The Fulbright program in the Netherlands is very successful: according to the 2018 Open Doors Report on International Educational Exchange, compared to last year, the number of Dutch students in the United States has risen by about 6 %, with a total of 2,701 students in the academic year 2017-2018!

The Atlanta-based Vega Quartet & Friends (Emory College), who happened to be in the Netherlands for a concert at the Concertgebouw in Amsterdam, completed the evening with a wonderful performance.