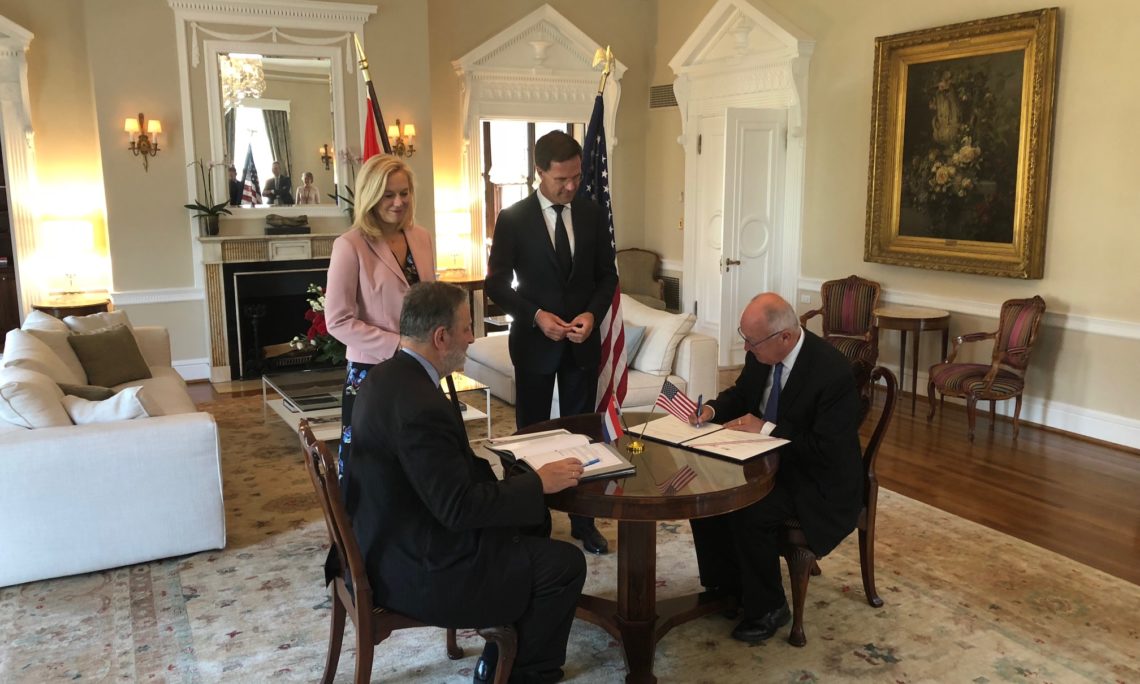 Minister of Foreign Trade and Development Sigrid Kaag and Prime Minister Mark Rutte look on during the signing by Ambassadors Hoekstra and Schuwer.

Ambassadors Pete Hoekstra and Henne Schuwer signed a Chapeau Agreement Establishing a Framework for bilateral Defense Cooperation Activities. With this agreement, the Netherlands and the United States strengthen cooperation between the two countries on military equipment and operations.

The agreement involves exchanging military personnel, such as pilots, liaison officers, and technicians, as well as exchanging information about new technological systems. This is especially important in large-material projects, such as the replacement of helicopters (Chinook and Apache), the purchase of unmanned aircraft (Reaper), or the exchange of information during replacements of submarines and frigates. Both countries also agreed to cooperate further in missile defense.

The US and the Netherlands already work intensively together in defense. With this new treaty, this cooperation is strengthened in these areas.  The signing of the treaty coincides with Prime Minister Rutte’s meeting with President Donald Trump.