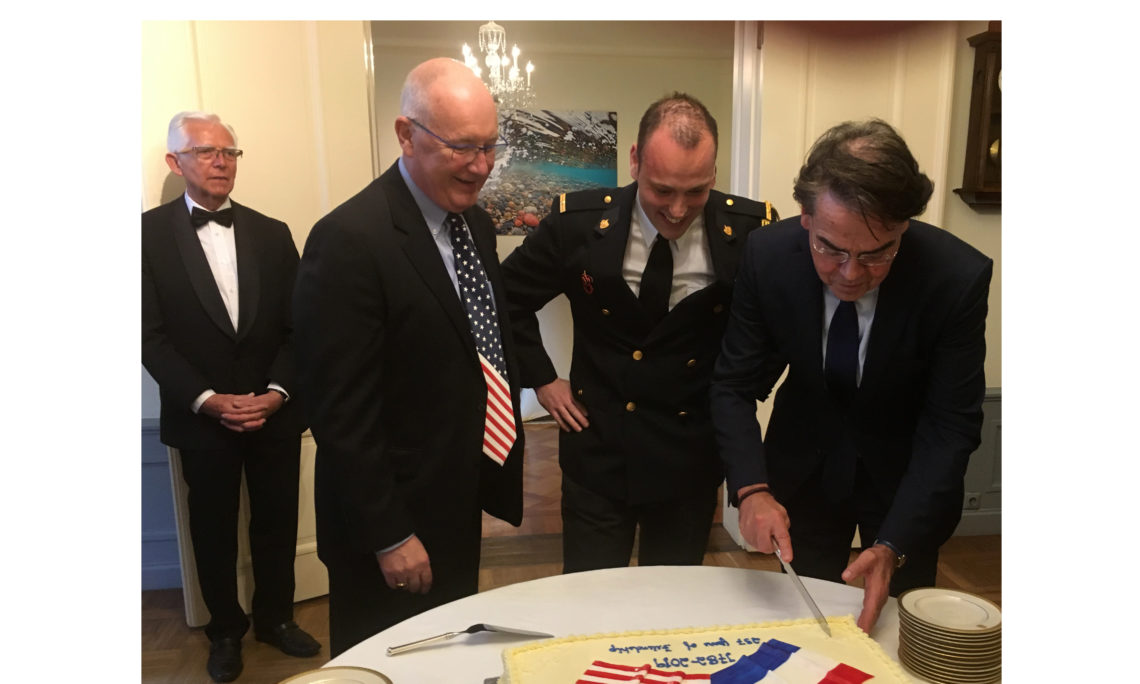 Each year, OAR presents a ‘Certificate of Appreciation’ to an individual or organization in the Netherlands that provided a great contribution to the Dutch-American relationship.

For 2019, Ambassador Hoekstra presented a Certificate of Appreciation to Mr. Wiel Lenders, Director of the National Liberation Museum in Groesbeek.  This historical and educational museum which is scheduled to re-open in September with a grand new building covers the (inter)national events surrounding the liberation of the Netherlands and Europe in 1944 and 1945, as well as the events leading up to the liberation and their consequences from a global perspective.

A second certificate was presented to firefighter Mr. Sander Voogel of the Wassenaar Fire Department. He saved three peoples’ lives during a fire last year when he was on an exchange program in Detroit, MI.

After presenting the certificates to the awardees, Ambassador Hoekstra joined the Mr. Voogel and Mr. Lenders and OAR chair Roberta Enschede in cutting the ceremonial cake.

In 1982, Mrs. Roberta Enschede and OAR submitted a resolution to the U.S. Congress to designate April 19 as Dutch-American Friendship Day. The resolution passed the Senate and the House of Representatives as a Joint Resolution – HJ 410.

Photo Gallery of the Event