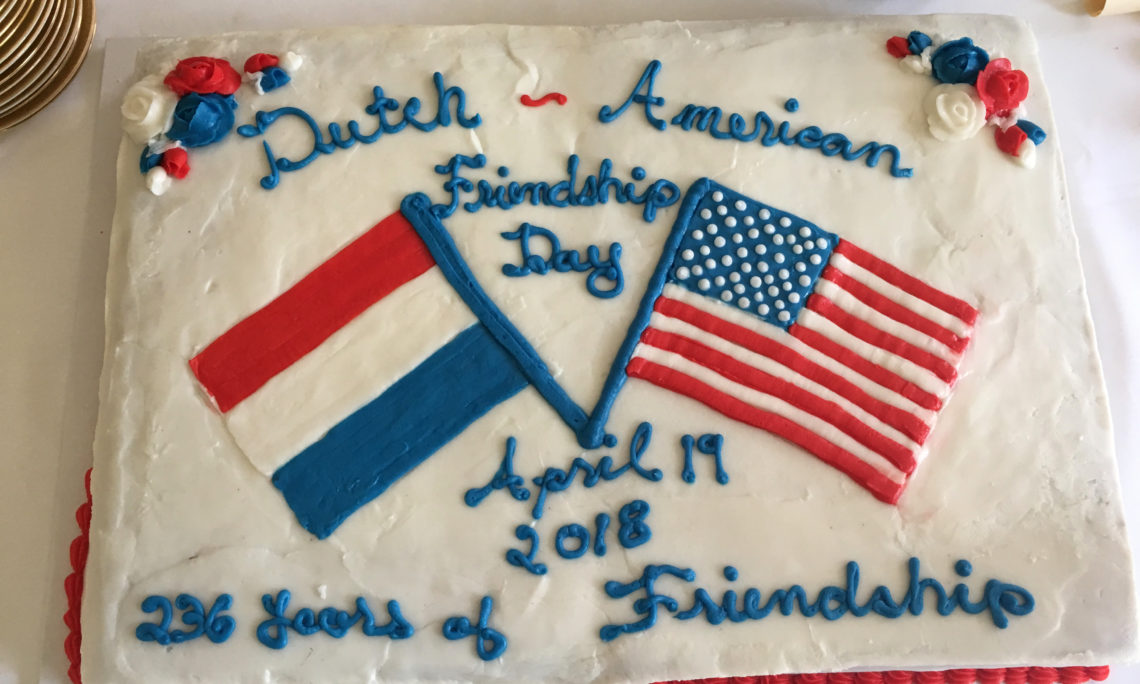 Ambassador Hoekstra delivered brief remarks and presented a Certificate of Appreciation to Sebastiaan Vonk of the “Faces of Margraten” organization.

He received the award for his commitment to the memory of the American soldiers who are commemorated at the Netherlands American Cemetery in Margraten.

He and the volunteers of “Faces of Margraten” have found thousands of photos of the American men and women who died in World War II. By doing this, visitors to the cemetery are “able to look into the eyes” of those young men who lie buried there and imagine the lives they might have had, according to Vonk.

In 1982, Mrs. Roberta Enschede and OAR submitted a resolution to the U.S. Congress to designate April 19 as Dutch-American Friendship Day. The resolution passed the Senate and the House of Representatives as a Joint Resolution – HJ 410.