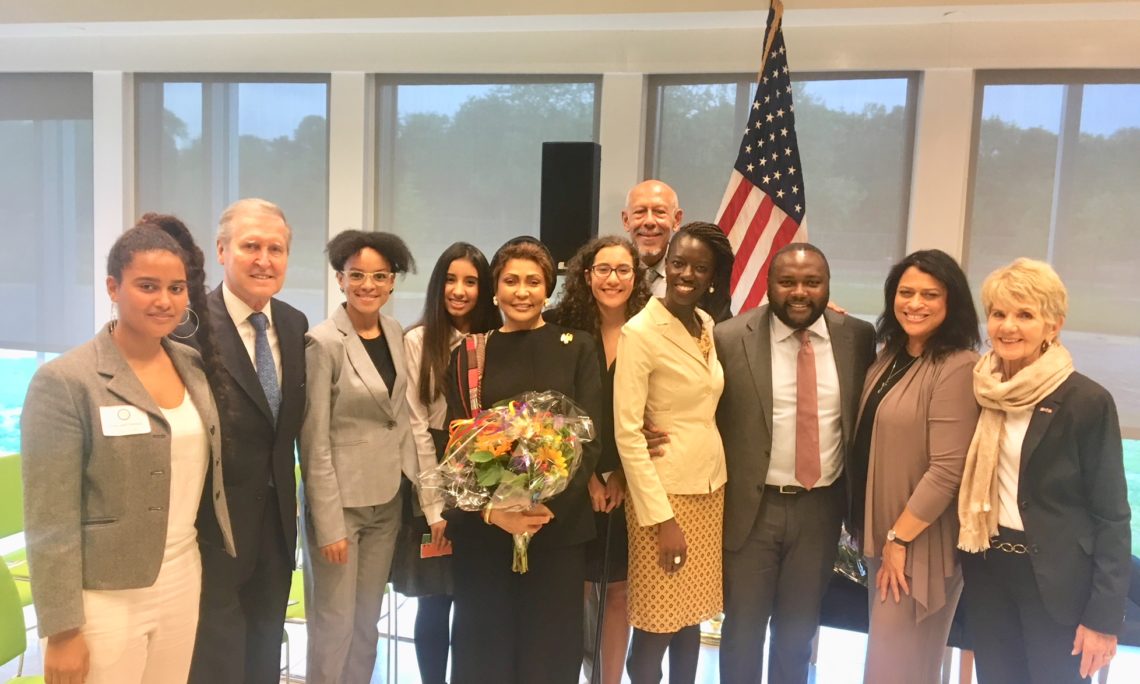 Some of our panelists pose for a photo.

The U.S. Embassy in The Hague hosted a symposium May 16 to discuss tolerance, discrimination, and freedom in relation to the play Anne & Emmett. The play, written by symposium panelist Janet Langhart Cohen, details a conversation between Anne Frank and Emmett Till in a town called Memory. The play has its Dutch debut May 18 and 19 at De La Mar Theatre in Amsterdam.

In his opening remarks, Ambassador Pete Hoekstra spoke on the importance of dialogue between different communities and the ability of young people to help make a difference.

Through interactions between the panelists and students from the Edith Stein College and the American School of The Hague, the symposium explored the common experiences of Anne, Emmett, and the marginalized in modern society. Students and panelists alike shared personal experiences with discrimination, such as homophobia, Islamophobia, and racial profiling.

Seven panelists from various backgrounds provided a diverse range of perspectives for the discussion. Panelists included Langhart Cohen and her husband, former Secretary of Defense William Cohen, along with representatives from the Dutch government, national police, an activist, and entrepreneur.
One of the audience members, T.S. Galloway, an African-American musician who grew up in Chicago, shared his own experiences, including seeing the body of Emmett Till when he was a child. Galloway noted that dialogue, compassion, and empathy are a “sword” with which to fight intolerance. “But a sword is useless in the hands of a coward,” he said, challenging participants to be courageous when facing injustice.

With special thanks to the DuSable Museum of African American History and the Jewish Historical Museum.