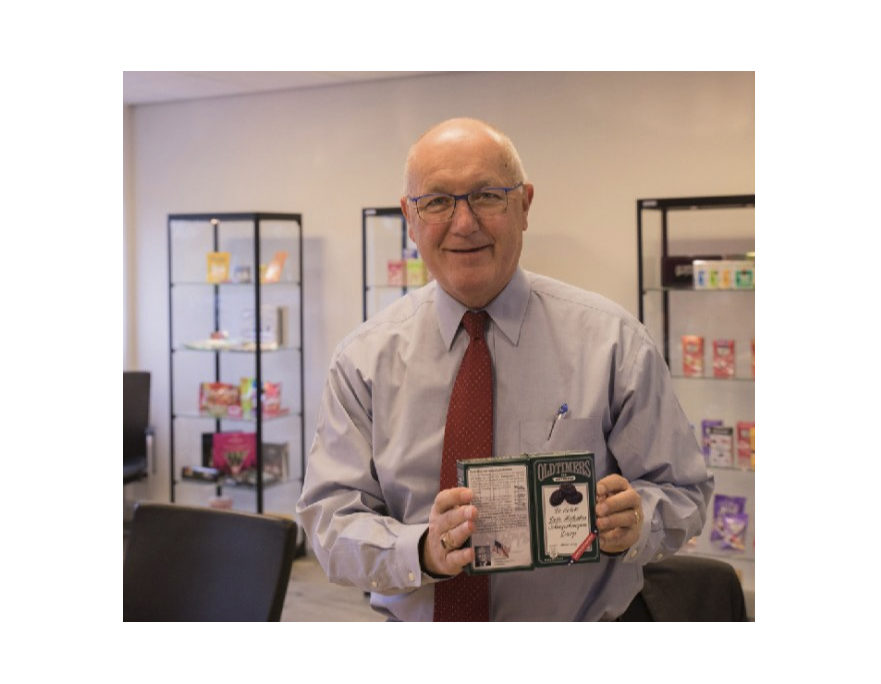 Since the Ambassador is a great drop lover, he was presented with a small bag of "Oldtimer drop".

During a visit to the province of Friesland on March 1, 2019, Ambassador Hoekstra went to Jirnsum, where he visited the factories of Concorp, the third-largest confectionary company in the Netherlands.

Founded in 1960, Concorp is a 100 percent family-owned business with an annual turnover of 60 million euros and 150 employees. Concorp brands include Fisherman’s Friend, Ricola, Skittles, and Anthon Berg. Concorp has production facilities in Jirnsum and Waddinxveen and exports to more than 25 countries. Since the Ambassador is a great drop lover, he was presented with a small bag of “Oldtimer drop.” Drop is the Dutch version of liquorice.

Ambassador Hoekstra continued his trip by visiting the city of Sneek, to learn more about the city and its economy. There, he visited Lankhorst Engineered Products, which specializes in the development and production of plastic products from unused and recycled materials. In 2012, the Royal Lankhorst Euronete Group was acquired by WireCo WorldGroup Inc., a U.S. company engaged in the production of wire rope and electro-mechanical cable and a major producer of wire products, headquartered in Kansas City, Missouri.

The visit to Friesland concluded with a lunch in the Fries Scheepvaart Museum, hosted by the boargemaster (mayor) of the municipality of Súdwest-Fryslân, Mayor Jannewietske de Vries. Six of the 11 Frisian cities can be found in Súdwest-Fryslân .