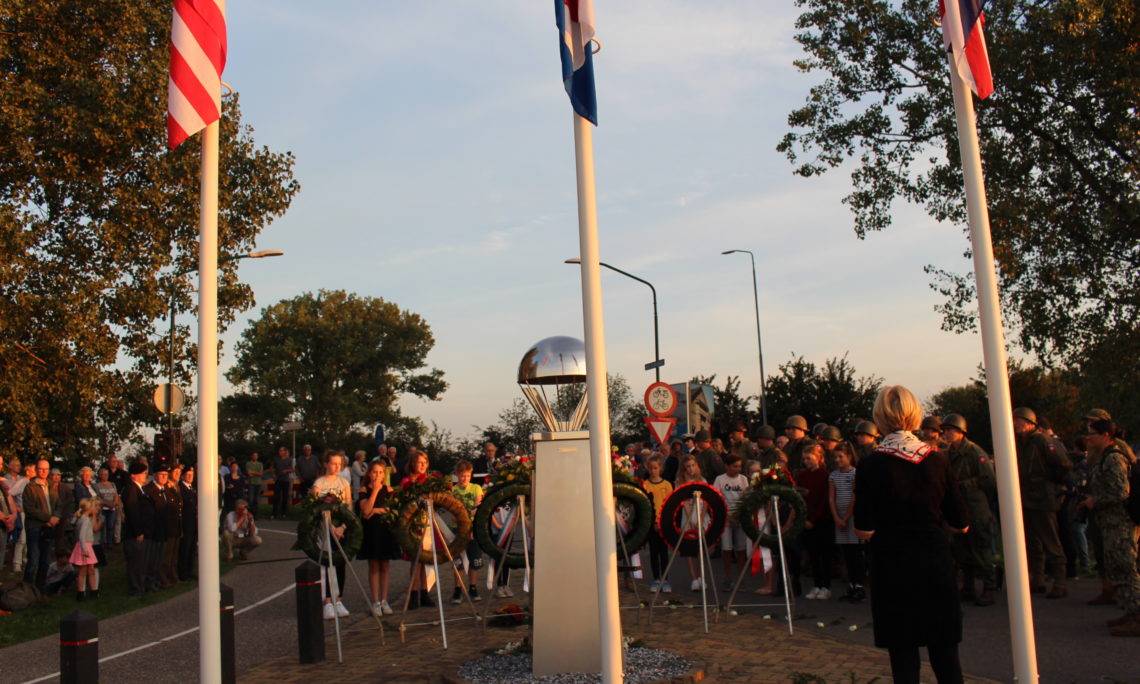 September 16 and 17 – U.S. Army General Curtis Scaparrotti joined Ambassador Hoekstra at remembrance ceremonies honoring the events of Operation Market Garden and the liberation of the south of the Netherlands in September 1944.  Scaparrotti is the Commander of European Command and Supreme Allied Commander, Europe (SACEUR).  The two first toured Operation Market Garden battle sites with a historian who described the events that occurred 74 years ago.  They laid a wreath at the Airborne Monument in Veghel with Mayor Kees van Rooij of Meierijstad.  The event included local school children and honored the 101st Airborne Division.

At the General Gavin Monument in Groesbeek, General Scaparrotti delivered remarks.  The Mayor of Berg en Dal, Mark Slinkman’s remarks noted the efforts of the Dutch resistance during the war.  Local school children presented a poem and provided artwork dedicated to the 82nd Airborne Division.

As a crowd gathered nearby the John S. Thompson Bridge in Grave, a trumpeter played Taps.  Mayor Lex Roolvink of Grave delivered remarks that spoke about how the older generations must serve as role models for the youth.  The Ambassador laid a wreath with Colonel Vince Martinelli, the Army Attaché at the U.S. Embassy.  The Ambassador shook hands and thanked the Dutch crowd for coming and for remembering the soldiers who died 74 years ago defending freedom.