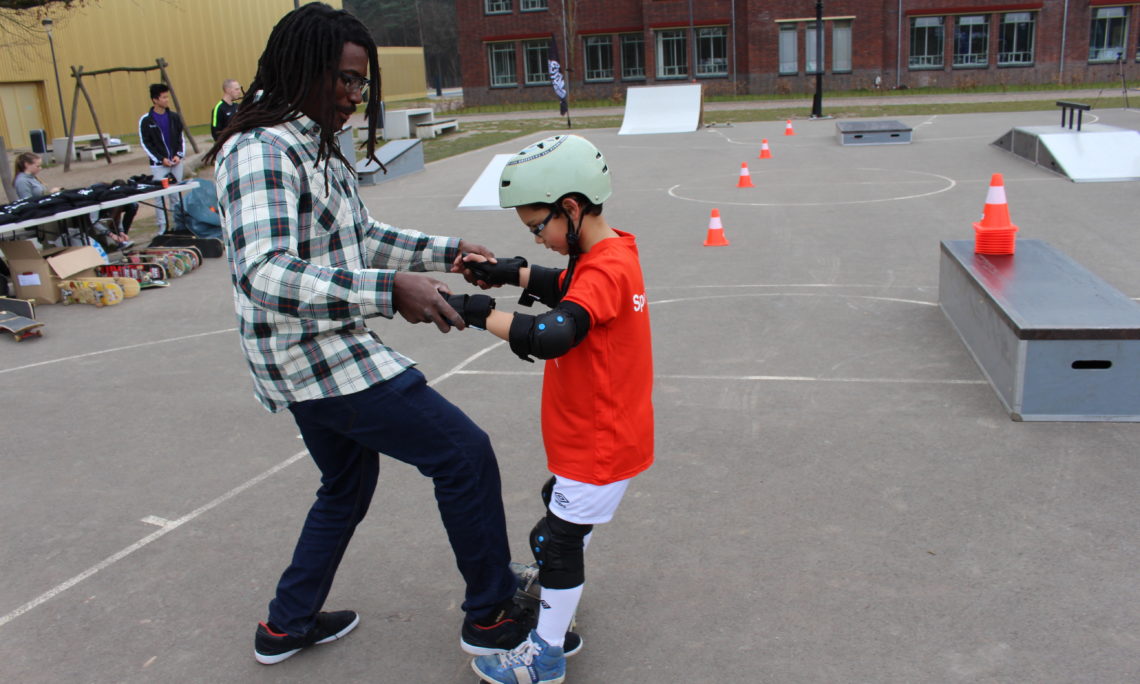 April 1 and 2, 2016 – American sports envoys Zola Solamente (played on U.S. national soccer team) and Neftalie Williams (skateboarder and professor) were in Eindhoven for a special sports integration program. They led skills clinics, a soccer tournament, skateboarding lessons, BMX, dance and much more for Eindhoven youth, including

refugees. Young people from Dynamo Jeugdwerk, International School of Eindhoven, and the local refugee community in the region got to know each other and have fun!