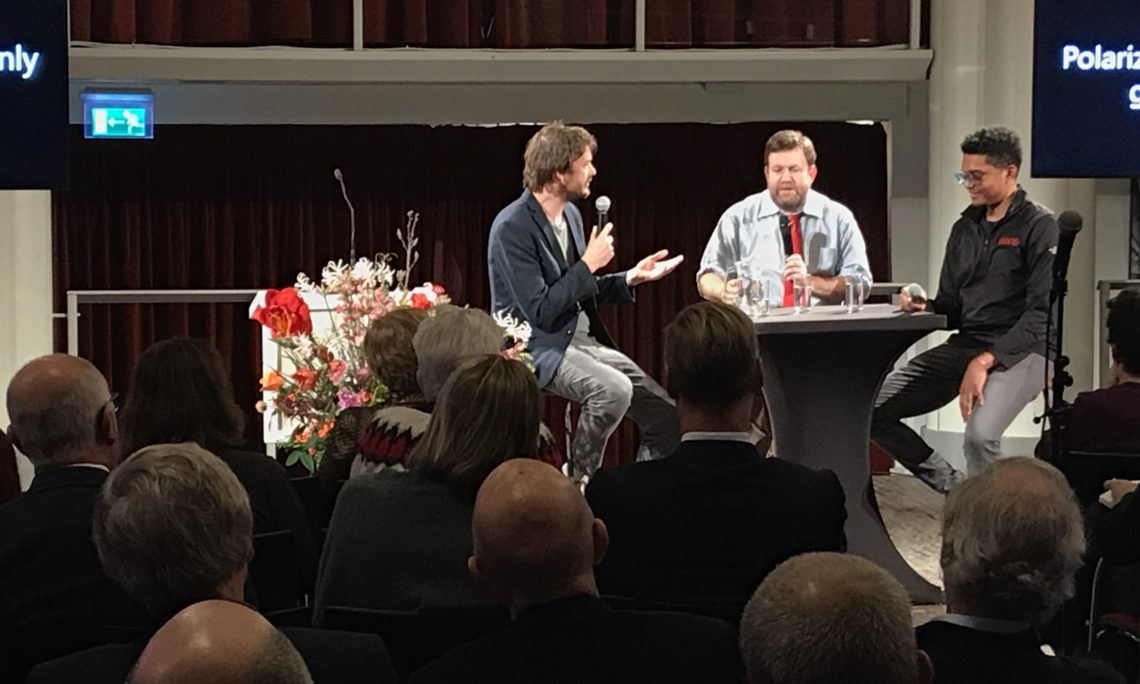 Luntz and Baxter at JAI event

Visiting speakers Darius Baxter and Frank Luntz provided bipartisan perspectives on the 2018 Midterms in programs on December 6 and 7 in Rotterdam, Amsterdam, and The Hague.

Darius Baxter is a community organizer who worked on Capitol Hill for Congresswoman Eleanor Holmes Norton and worked with a committee to draft important gun control legislation. He also co-founded GOODPartners, a charity organization, which bridges the gap between communities in need and the organizations and individuals seeking to provide resources to them.  Baxter worked on the 2016 Bernie Sanders campaign and was one of the youngest delegates at the 2016 Democratic National Convention.

While in the Netherlands, the two had a discussion with 70 U.S. Embassy exchange alumni, participated in a discussion hosted by the John Adams Institute, spoke to students at Erasmus University, had an interactive lecture with members of youth wings of Dutch political parties, and conducted an interview with local Dutch media. The two ended their program with a tour of the Dutch Parliament.

During discussions, Dutch participants asked questions and provided their opinions on American politics.