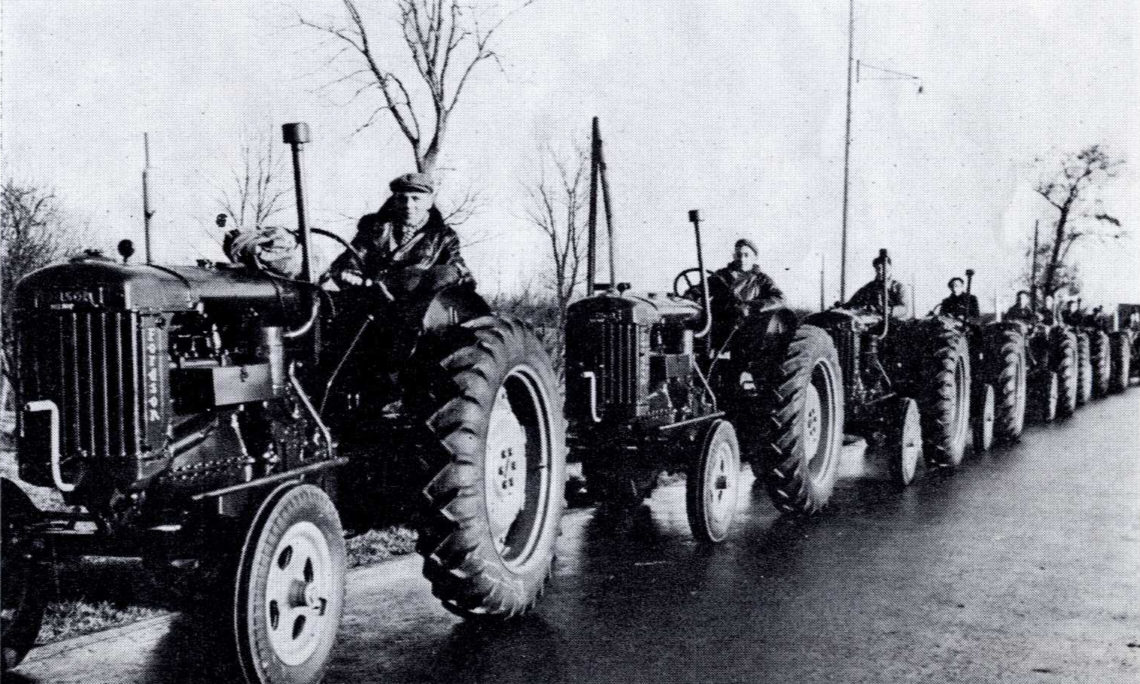 The United States has offered a helping hand for European recovery: supplies of money and machinery flood accross the Atlantic. A long line of tractors forms an encouraging sight. Photo: OECD

Seventy years ago, on June 5, 1947, Secretary of State George C. Marshall laid out his bold vision for the United States to help the war-ravaged nations of Europe recover from the massive destruction of World War II. Marshall’s vision was central to reconciliation and cooperation among countries that were previously enemies on the battlefield. The Marshall Plan not only helped Europe recover and spurred rapid economic growth; it laid the foundation for the long-term peace and prosperity that both the United States and Europe have enjoyed for nearly three-quarters of a century.

Perhaps more importantly, the Marshall Plan laid the foundation for the transatlantic bond and partnership that has helped Europe remain whole, free, at peace, and prosperous. Today, as we face new threats to our security, unity, and prosperity, the Marshall Plan reminds us of what is possible when the United States and Europe work together.

To read more remarks by the Secretary of State click here.