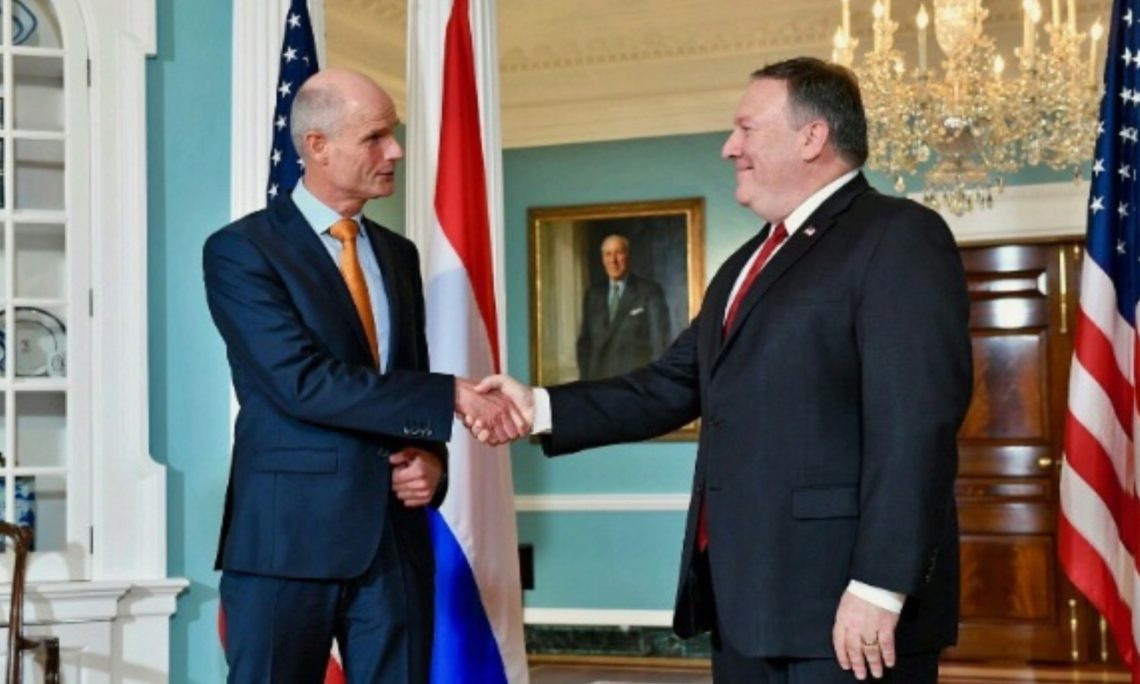 Readout
Office of the Spokesperson
Washington, DC
May 18, 2018

The below is attributable to Spokesperson Heather Nauert:

Secretary Mike Pompeo met with Dutch Foreign Minister Stef Blok on May 18, in Washington, DC. During the meeting, Secretary Pompeo thanked Foreign Minister Blok for Dutch support in Iraq, Afghanistan, and Mali, and for the Netherlands’ leadership as a member of the UN Security Council.

Secretary Pompeo and the foreign minister also discussed other issues of bilateral and global concern, including developments with North Korea, Russia, and Venezuela.

Remarks With Dutch Foreign Minister Stephanus Blok Before Their Meeting Can be found here.

The video can be seen here.

This press release above and others can be found here.