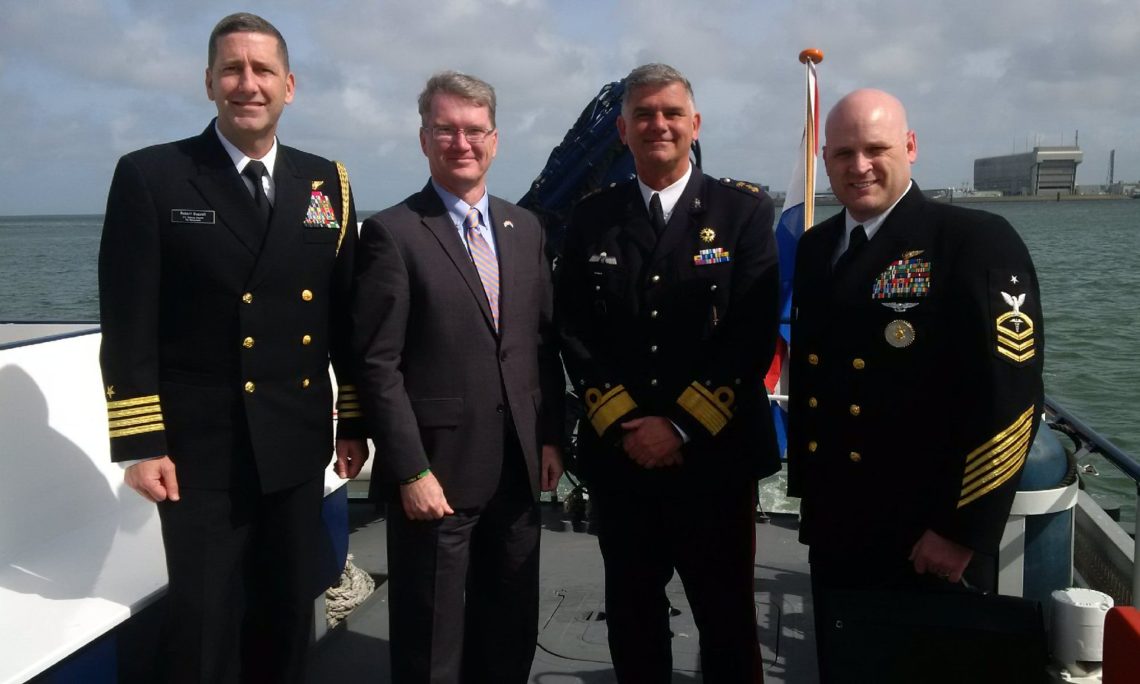 The Royal Navy provided a tour of the harbor aboard the Harbor Patrol Vessel, M/V Nieuwediep, allowing the group to view other vessels.  The group also toured the HNLMS Evertsen.