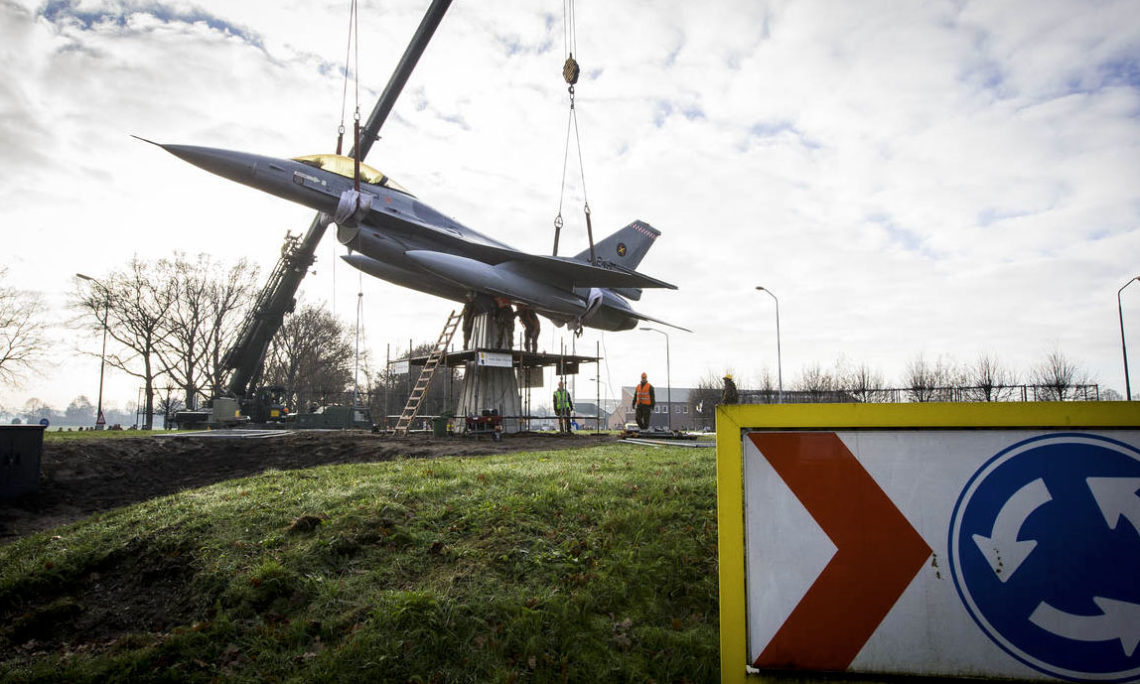 An old, retired F-16, has now found a permanent home on the ground: a roundabout near Volkel Airbase in the Province of Brabant.
On December 3, 2016, the airplane was transported to the traffic junction Zeelandsedijk/Rondweg, in the presence of Defense Minister Hennis-Plasschaert and the Mayor of the Municipality of Uden.
U.S. Embassy The Hague’s Office of Defense Cooperation worked on the transfer process, enabling the transfer from the RNLAF to the city of Uden.
The F-16, built in 1981, was taken out of service at the beginning of the century. After receiving a new lick of paint, and being partly dismantled, it will have a second life on the ground and a well-deserved rest.