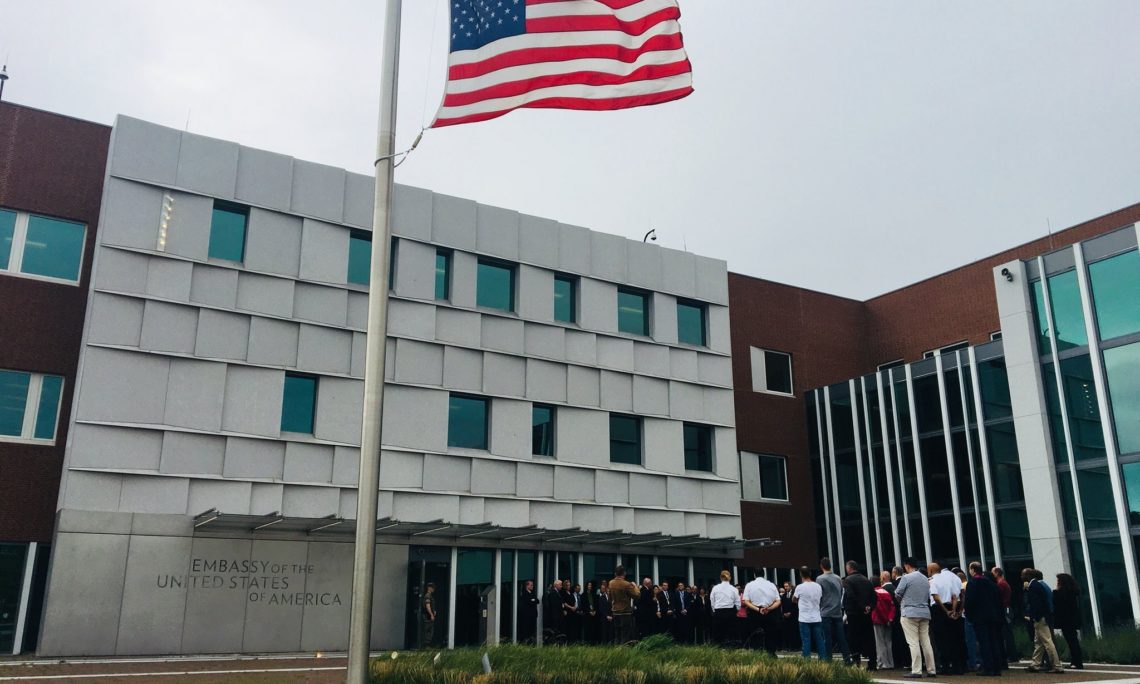 U.S. Embassy staff gathered for a moment of silence to remember the victims of 9/11 and their families.  The flag was flown at half staff to mark the somber anniversary. Ambassador Hoekstra attended the annual memorial ceremony organized by Overseas Americans Remember.  He gave remarks at the ceremony that allowed people to come together to share memories.

Secretary of State Pompeo released the following press statement, also noting the loss of four of the State Department family in Libya in 2012, including our colleague Sean Smith, who worked at the U.S. Embassy in The Hague.

Tomorrow we honor the nearly 3,000 people who were killed in the terrorist attacks 17 years ago on September 11. Tomorrow also marks six years since the tragic loss in Libya of Ambassador J. Christopher Stevens, Glen Doherty, Sean Smith, and Tyrone Woods.

The diverse nationalities of the victims of 9/11 and the attack in Libya remind us that terrorism is a global issue that requires the efforts of every sovereign nation to defeat it. Diplomacy plays a central role in counterterrorism by combating extremism and promoting stability and freedom worldwide. While we have made great strides over the past 17 years, our efforts to eradicate terrorism continue today. The men and women of the U.S. Department of State are proud to stand side-by-side with partners from all over the world in this effort, and we will not waver in our resolve to pursue peace, security, and justice.

Tomorrow we join with people across the globe in remembering the victims of 9/11. Those who were lost will never be forgotten. We continue to pray for guidance, wisdom, and protection for the men and women in uniform who fight each day to guard the world against terrorism, and we pray for the unity of our nation and the world in times of peril and peace.