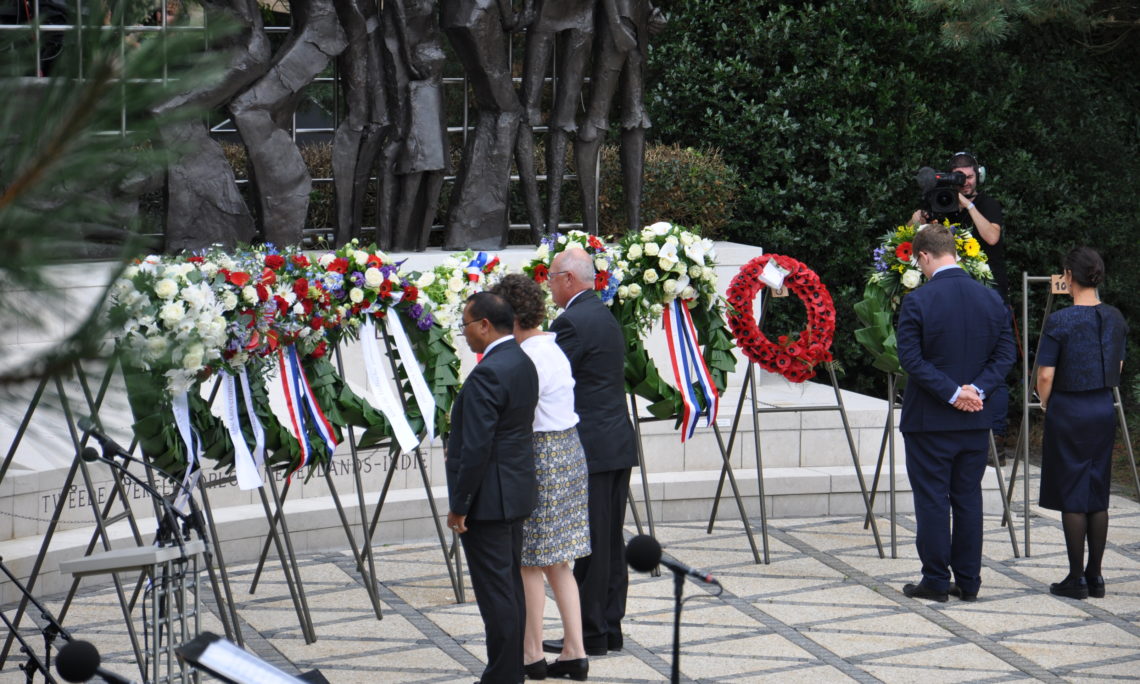 Ambassador Hoekstra laid a wreath on behalf of the United States.

On August 15, 2018, Ambassador Hoekstra laid a wreath on behalf of the United States at remembrance ceremony to commemorate the Japanese surrender and to remember the Dutch victims of World War II in Asia.

Wreaths were laid at the Indisch Monument in The Hague by dignitaries including Prime Minister Rutte, survivors, and people with ties to the Dutch East Indies.