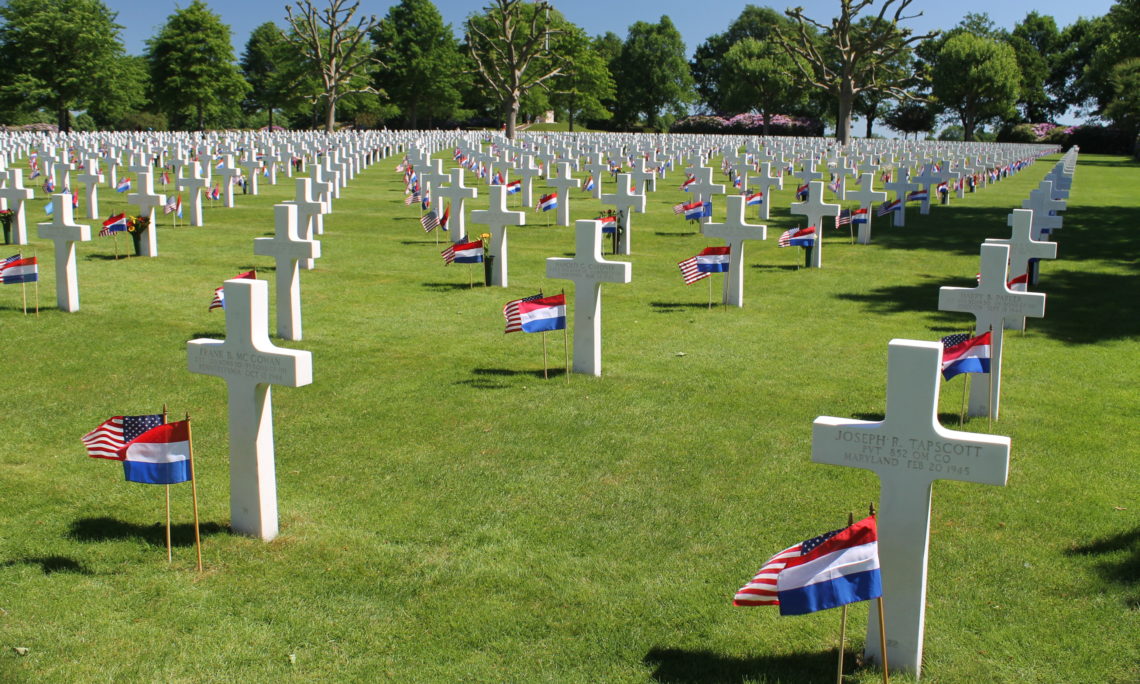 Distinguished veterans, Mr. Mackus, Mayor Akkermans, Ms. Young, Lieutenant General Rittimann, Superintendent Stadler, Mr. de Goeij, Mr. Rosu and members of the South Netherlands Philharmonic, it is a distinct honor for me and my wife Sandra, to join you and everyone who made this afternoon’s Liberation Concert possible, on this hallowed ground, the final resting place for so many young Americans who made the ultimate sacrifice so that we can sit here freely today.

As the son of a 94-year-old Army Air Forces veteran and former B-24 navigator, I would like to personally thank the Province of Limburg, the Stichting Eerbetoon, Netherlands American Cemetery and Memorial, the Municipality of Eijsden/Margraten, and the American Battle Monuments Commission for organizing what has become an important annual tradition since the first Liberation Concert in 2006.

More than seven decades ago, young Americans, some barely old enough to shave, from every corner of the United States, left their homes and families, put on uniforms, trained for war, traveled across an unrelenting ocean, and fought their way through North Africa, Italy, France and Belgium against an experienced and determined enemy.  In September 1944, they crossed yet another border into the Netherlands to liberate the Dutch people from Nazi oppression and take the war a step closer to Germany itself.

These battles raged across once peaceful towns and villages of Europe.  Untold numbers of civilians were killed along with the soldiers and airmen who fought so bravely.

Today, this Liberation Concert brings us together, around the graves of more than 8,300 Americans, including 40 sets of brothers.  Additionally, there are more than 1,700 names of American GIs whose remains are still yet to be discovered.  We come together to remember each of them and honor them through music.

Music transcends where words fail.  As we listen to the melodious notes brought to life by the South Netherlands Philharmonic today, including by the inimitable American composer Leonard Bernstein, let us remember the example of these courageous young men who left home and traveled far for a simple premise – that freedom is a value that must be preciously guarded and fiercely defended.  These Americans did not return home.  Yet, in a sense, they are home.  You, the people of South Limburg have welcomed these heroes and embraced them as you would your own sons and tended their graves and their memories these many years.  For this, we are eternally grateful.

On behalf of the American people, I would like to thank you for this commemoration of the liberation and the freedom it brought.  May we not take that freedom for granted but recommit ourselves each day to safeguarding together the very values that the men buried here died to protect.  We owe them nothing less.