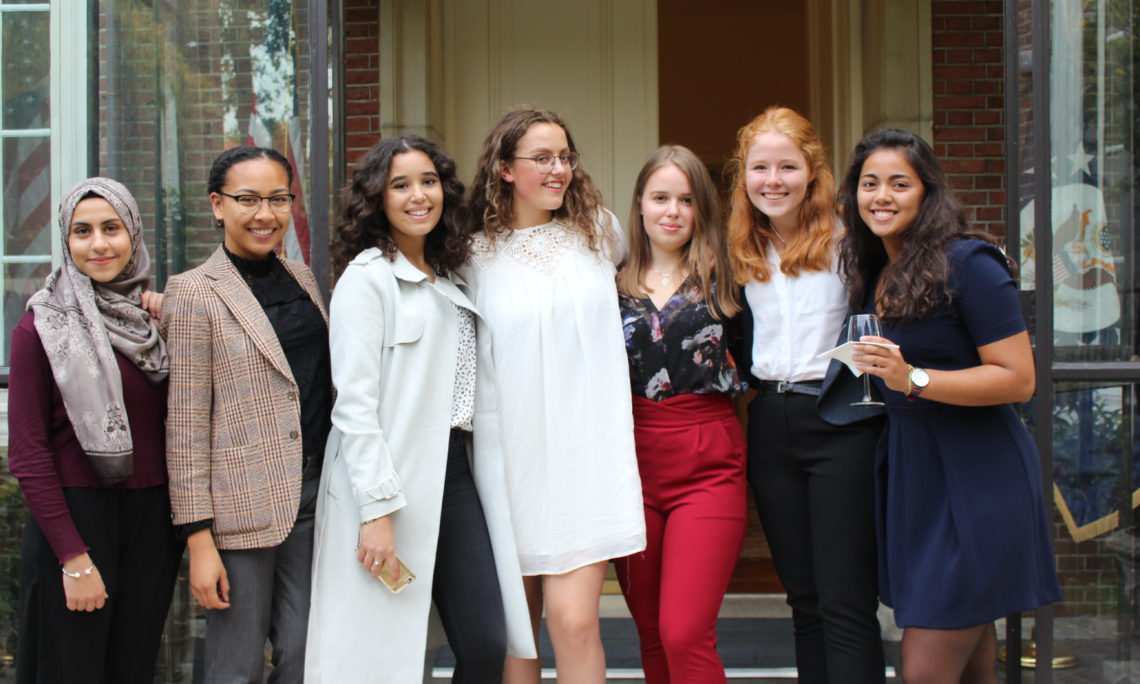 Participants from the Women2Women conference attend the annual IVLP conference.

Good evening, ladies and gentlemen.  I’m delighted you could join us here this evening to celebrate one of the State Department’s most important programs:  the International Visitor Leadership Program, or IVLP.  I am honored to welcome a fraction of the hundreds of Dutch participants.  We also are pleased to see some of our young alumni from other State Department exchange programs, such as the Benjamin Franklin Summer Institute, the Women2Women leadership program, and the Young Transatlantic Innovation Leadership Initiative.

The IV program has been going strong since 1940.  It has influenced the lives of more than 200,000 international visitors and countless Americans who met with them.  The schedules are designed to present my country as it really is, in its full diversity, with its occasional flaws, but also with its many strengths.  We have found that participants gain a better understanding of the United States and the American people, allowing for closer cooperation in the future.

International relations is not just about states, it is also about people.  Your exchange experiences make you, in a certain sense, interpreters of U.S. events and policies for your friends, coworkers, and families.  This is important, because most Dutch citizens, like many others around the world, think they already fully understand the United States – even if they have never been there.  I saw this last November, when I was pleased to find over 10,000 Dutch citizens attending events focused on the U.S. Presidential elections.  At every one of those events I asked the audience who they thought would win – not who they wanted to win, but what they thought would happen.  Almost every single one of them got it wrong, even though most of them could recite polling numbers and even explain how the Electoral College works.  For me, the message was that perhaps we don’t know each other quite as well as we think we do.  The best way to remedy that situation is through increased contacts such as those provided by the IV and other exchange programs.

I would like to thank the alumni association for its commitment to strengthening the Dutch IVLP community and ask Eline Attema to say a few words.  She has been a member of the alumni board for over five years.  She travelled to the United States in 2007 to learn more about U.S. aviation policy, Open Skies agreements, and regulatory issues

Thank you all for coming and a special thanks to the Embassy’s public affairs section for organizing this reception.