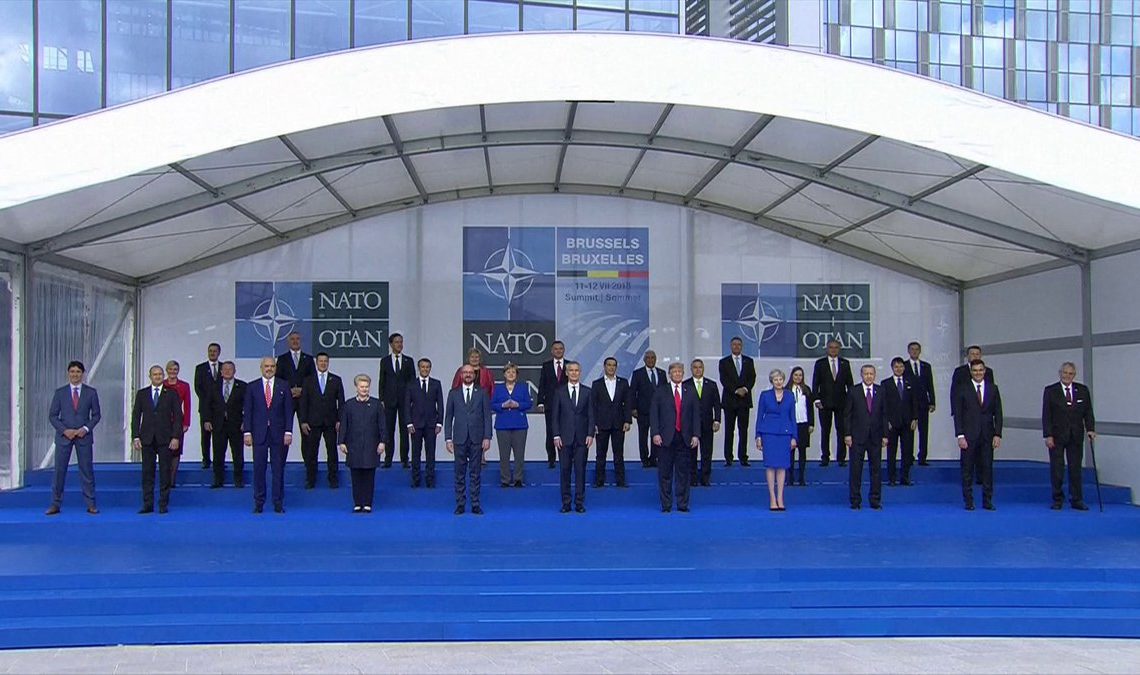 Ambassador Hutchison gave remarks at a press engagement on July 10 in Brussels ahead of the NATO summit to highlight NATO priorities.  Here is an excerpt:

“I am very encouraged by the work that’s been done not only over the last year, which has been very important.  And I’ve found in NATO that there is such a long process of committees looking at everything that we do, missions and priorities, policies, and that’s truly a good thing because everything gets vetted on several fronts and most certainly in this year we have done so much.  We have accomplished so much that will be such a productive summit when all of those accomplishments and missions and policies come out and show the strength of this alliance.

Of course burden sharing is a very important part of that, and I think all of our allies are very willing to recommit to the Wales pledge.  Everyone on our alliance knows that for the capabilities that we need to have we must have the cash that buys those capabilities, and that is what burden sharing is.  It’s making sure that we have that capacity.

I know that the Secretary General has just announced a projection that all the things that we have done and the commitments that have been made between now and 2024 will produce $266 billion in new spending by our NATO allies that are not the United States.  That is a significant wow number.

In addition to that, just looking at since 2017 when President Trump began to make this very hard push for burden sharing, we are seeing $41 billion just in the 2017-2018 increase in spending that has been done by non-U.S. allies.

So I think we are going in the right direction and strengthening the capabilities of this alliance and that’s what burden sharing is.

Underpinning that is also the new command structure that SACEUR has been working on with [SACG] and all of our allies through all of the processes that are necessary for the military recommendations all the way through to the Council approval.  That is our NATO command structure that is going to make us fit for purpose.  The goal of 30-30-30-30 — 30 battalions, 30 ships, 30 air squadrons in 30 days to get to any place that might be attacked by any outside force against any of our countries.  That’s a significant goal and the new NATO command structure will be making this fit for purpose to meet that goal.  We think by 2020 we will have all of that in place as well.

The deterrence that we have accomplished in the last few years and most certainly has increased this year, enhanced forward presence that are solidifying our Baltic countries, plus Poland, also the efforts in Romania and Bulgaria on the Black Sea.  We have so much going that is adding to our deterrence.

One more point that the President made last May was the importance of addressing the terrorism that has affected so many of our countries.  We’ve all seen the tragic results of terrorist activities and I think the strengthening of the counterterrorism that is being done by NATO will be another important deliverable for our summit.

Our efforts in Afghanistan, what we hope will be a new mission in Iraq to help train and advise these countries, their police forces, their armed forces, so that they are able to project more stability in their countries going forward, and we think that is the way to address terrorism where it is, wipe it out where it is, so that it doesn’t come into any of our NATO allied countries or our partners.

And of course I would be remiss not to mention a wonderful summit delivery, and that is the open door which we hope will open for the people of what will be the Republic of North Macedonia.  If the people select that name in a referendum, accession talks will begin for their membership in NATO.  I think that shows that our open door has remained open and that it is an important part of strengthening our alliance, strengthening their own armed services, their own countries, their democracies, their rule of law, their human rights.  That is all part of becoming a member of NATO, and so many of these newer countries have met those standards and become members of NATO in our security umbrella.”