Home Home | News & Events | Presidential Message on the 55th Anniversary of the Reverend Dr. Martin Luther King, Jr.’s, “I Have a Dream” Speech 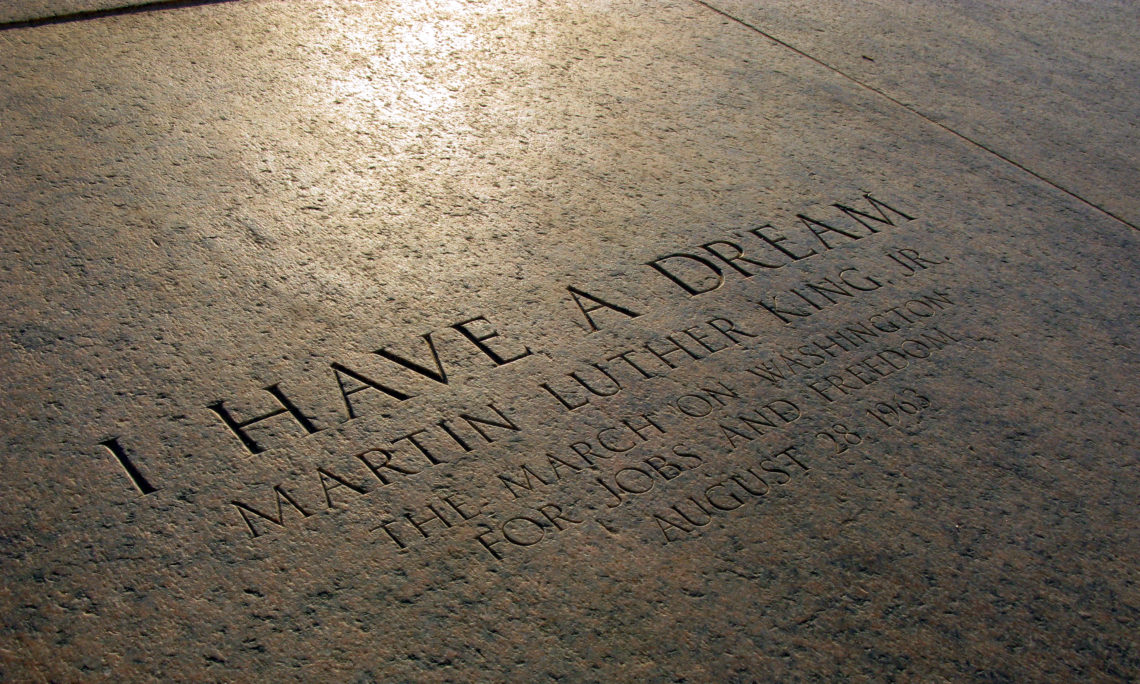 Today, our Nation commemorates 55 years since the Reverend Dr. Martin Luther King, Jr., stood on the steps of the Lincoln Memorial during the March for Jobs and Freedom, and spoke passionately for his dream of equality and justice for all.

On August 28, 1963, Dr. King addressed a sea of marchers from across our Nation and spoke to the conscience of all Americans. He told the crowd about his dream. “I have a dream,” Dr. King declared, that the United States would fulfill its creed and treat all people as having been created equal; that people would form bonds that overcome racial injustices; that race would be irrelevant to social status or position; and that freedom and justice would prevail throughout the Nation. Dr. King ended his speech with a vision of enduring freedom: “When we allow freedom to ring—when we let it ring from every city and every hamlet, from every state and every city, we will be able to speed up that day when all of God’s children, black men and white men, Jews and Gentiles, Protestants and Catholics, will be able to join hands and sing…: ‘Free at last, Free at last, Great God almighty, We are free at last.’”

More than half a century after his speech, our Nation reaffirms our commitment to protecting the promise of America for all our people. For this reason, my Administration is continuing to create an environment where the American Dream—and its many opportunities—are available for all hardworking Americans. As a result, for example, we have already seen the unemployment rate for African Americans reach a record low.

As we mark this historic milestone, we remain ever optimistic of our shared future as children of God and citizens of this great Nation. May the memory of Dr. King, and the efforts we have made to fulfill his dream, remind us of the bonds of love and mutual respect that unite us.

For this and other statements by the President click here.