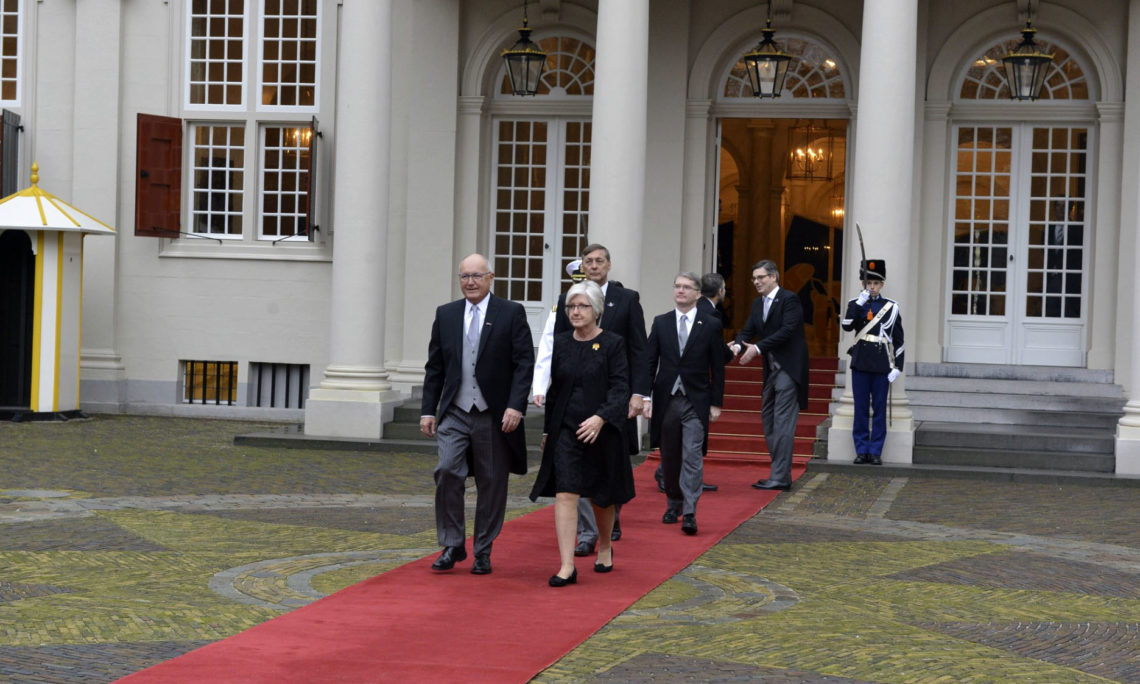 On Wednesday, January 10, Peter Hoekstra presented his credentials to King Willem-Alexander to officially become the 67th U.S. Ambassador to the Netherlands. Ambassador Hoekstra was driven to Paleis Noordeinde in a ceremonial state coach accompanied by his wife Diane. Upon arrival at the palace, the Ambassador inspected the Koninklijke Militaire Kapel Johan Wilem Friso, which played the U.S. National Anthem, and a Guard of Honor.

Ambassadors are officially accredited from the moment the King accepts their credentials. Ceremonial receptions of this kind emphasize that the Netherlands highly values and respects relations with the country in question, according to the Royal House of the Netherlands. The credential presentation is a custom dating back to the late Middle Ages.