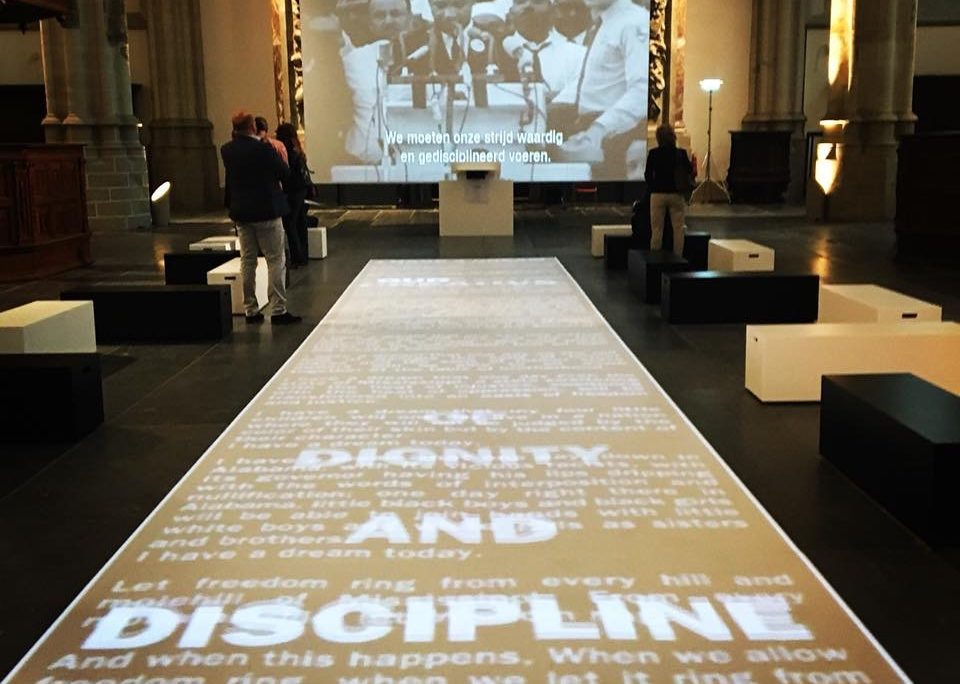 Tonight Gershwin Bonevacia and Frank Sheppard performed an original piece written by Paulette Smit and directed by John Leerdam at De Nieuwe Kerk as part of the “We Have a Dream: Gandhi, King, Mandela” exhibit. The performance honored the legacy of Dr. Martin Luther King, Jr on his birthday with words, song, and photographs.

Ambassador Peter Hoekstra and his wife Diane were invited to represent the United States. Harky Kleinfelter, Dr. King’s press secretary (a resident of the Netherlands) was also an honored guest at the performance.