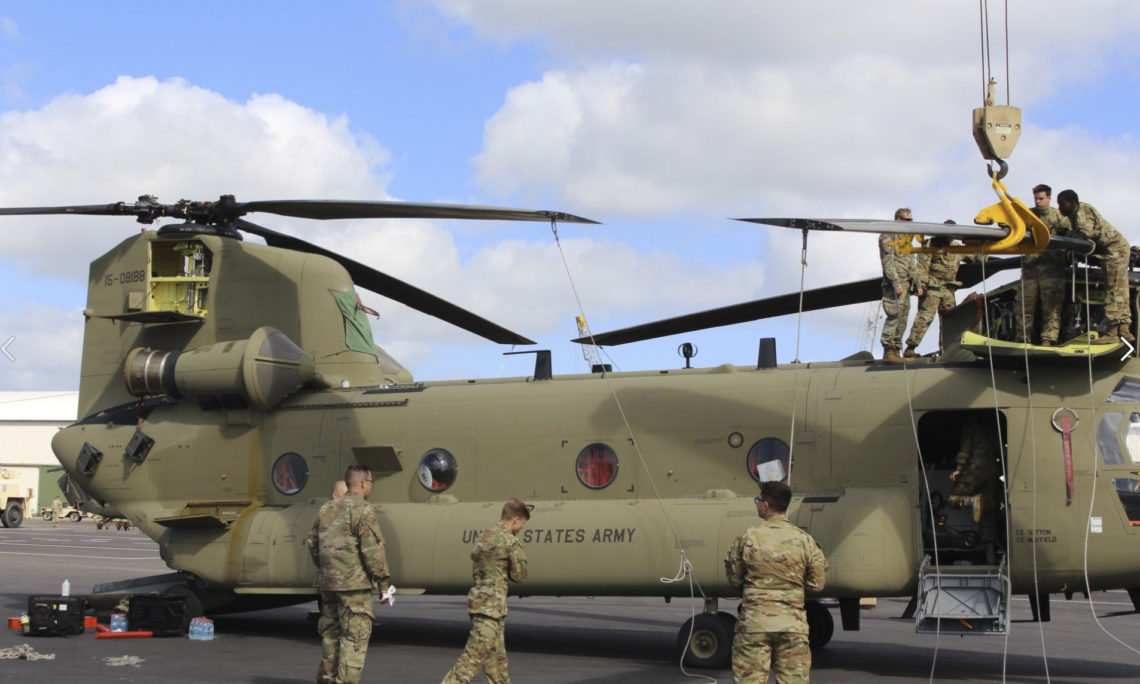 More than 65 Blackhawk and Chinook helicopters from 4th Combat Aviation Brigade, 4th Infantry Division, are on their way to Eindhoven after arriving in Rotterdam from Texas on June 20, 2018. The helicopters, from Fort Carson, Colo., will team up with 1,700 troops as part of Atlantic Resolve, an ongoing mission to show the U.S. commitment to the NATO Alliance and regional stability.

“The message is to NATO: that we’re here, that we can be relied upon and that we are friends,” said Col. Geoffrey C. De Tingo, Chief of Staff, 21st Theater Sustainment Command.

Brigadier General Ronald Harmsma of Koninklijke Marechaussee said the Dutch were assisting in this mission at the request of the U.S. government because “that is what allies do, that is what friends do: they support each other.”

The aircraft will be forward deployed to Germany, Poland, Romania, and the Baltic states as part of a nine-month rotation. They replace the Air Cavalry Brigade, 1st Division, out of Fort Hood, Texas. After arriving Wednesday night, maintenance crews set to work unloading and reassembling the choppers. The first of them departed for Eindhoven, their way station, shortly after noon on Thursday.

Brig. Gen. Harmsma pointed out that moving military hardware and personnel through Europe is something the Alliance needs to learn to do better. Military mobility, he said, is vital and will help protect Dutch citizens. “More military mobility means more deterrence.”