Home Home | News & Events | Oldest known photograph of a U.S. President, but also a former Ambassador to the Netherlands 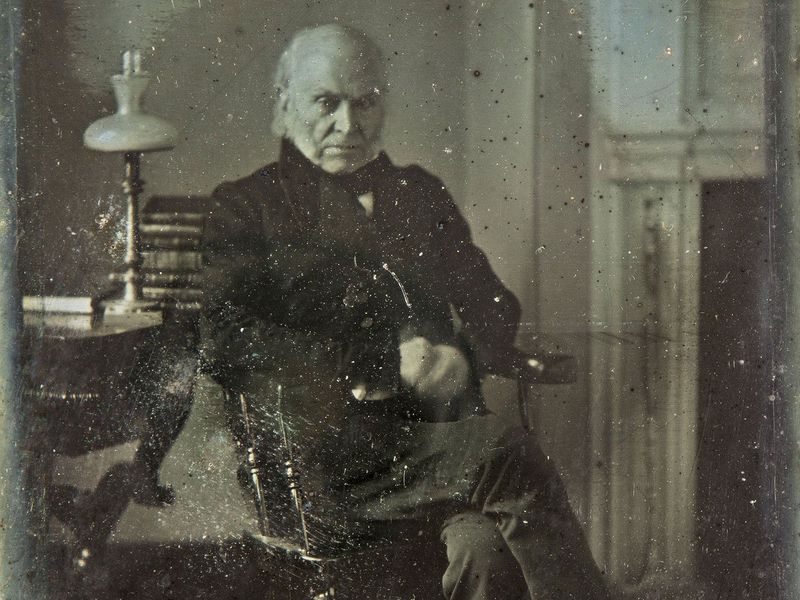 A statement from the auction house Sotheby’s calls the piece “an invaluable document” adding that “this daguerreotype [crystallizes] a remarkable moment in the history of photography and American politics.” According to the Smithsonian magazine, this daguerreotype is older than another surviving photograph from just a few months later, when Adams sat for a portrait in New York that he later deemed “hideous.” The other image (see right) is now held by the Smithsonian’s National Portrait Gallery.  We think the Ambassador/President looks just fine.