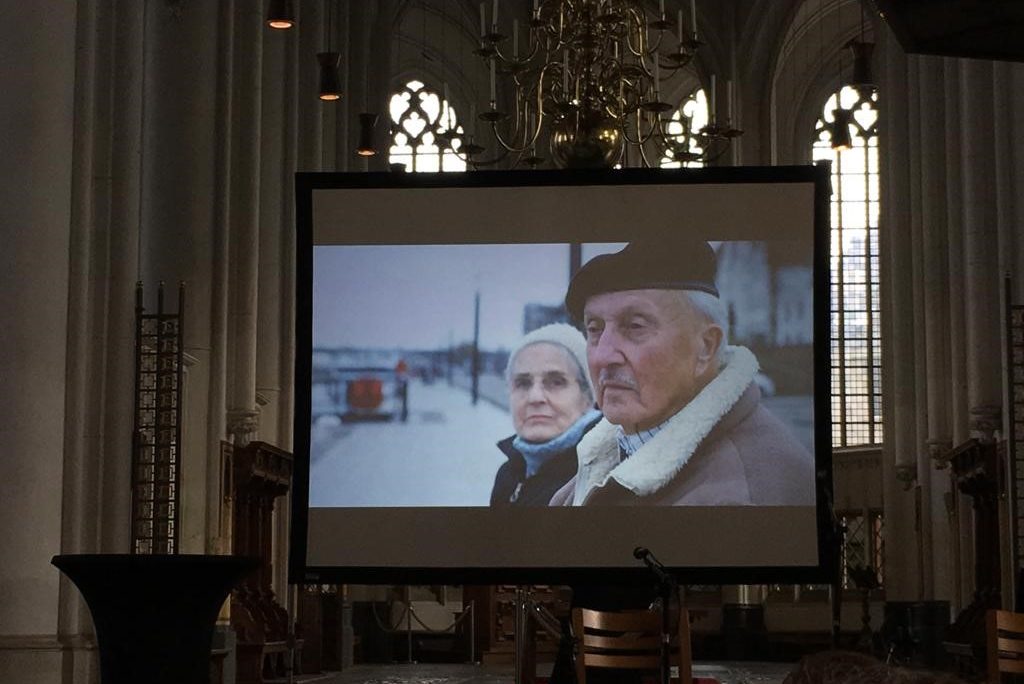 DCM Shawn Crowley spoke at the premier of "Note in a Coat" in Nijmegen.

Deputy Chief of Mission Shawn Crowley made remarks on the occasion of the premier of “Note in a Coat.” The newly released documentary focuses on efforts by the residents of Albany, NY, to fill a ship with relief supplies to the residents of Nijmegen to help recover from the devastation of World War II. Below are his remarks:

This film reminds us of a small, but important part of our history.  After the brutal war and long winters, Nijmegen faced a shortage of nearly everything, from bread to clothing and bricks.  Recognizing their plight, people of Albany–an old American town with Dutch roots–decided to help.  Schools, churches, historical associations, scouts, and service clubs all contributed to the Albany Aid Campaign.  They sent 300 tons of supplies to Nijmegen, with the first shipment arriving at the Waalkade in 1947.

Historically, this donation was a precursor of the larger Marshall Plan.  U.S. taxpayers provided almost 13 billion dollars in aid to Europe from 1947 to 1952, including 1 billion dollars to the Netherlands.  In the end, this country received more assistance per person than any other EU nation, aid worth more than $1,700 per capita today.

The film we have just seen showed how such shipments had a larger impact upon people on both sides of the Atlantic.  The individual stories reveal a deeper, underlying connection of friendship and shared values.  Today, as we face new threats and uncertainties, we must all do our part to ensure this cooperation and friendship continues.

In today’s world of instant communications and the Internet, it is hard to remember how important written letters could be.  Some of the pen-pal relationships that began with the aid shipments over 70 years ago have continued until today.  I encourage everyone here, especially the younger crowd, to follow in the footsteps of your parents and grandparents and build bridges across the Atlantic.  Your correspondents today may use Twitter and Snapchat instead of a pen or pencil, but the cross-cultural experience will still enrich both of your lives.

I would like to thank Anja and the Stichting FAN for helping to keep this history alive for younger generations.  I always enjoy my visits to Nijmegen.  The town and the Oversteek School hold a special place in American memories and our hearts.  As I noted last year here in the Stevenskerk, “wij zijn vrienden door dik en dun.”  This great film and your presence here today proves that yet again.  Thank you.