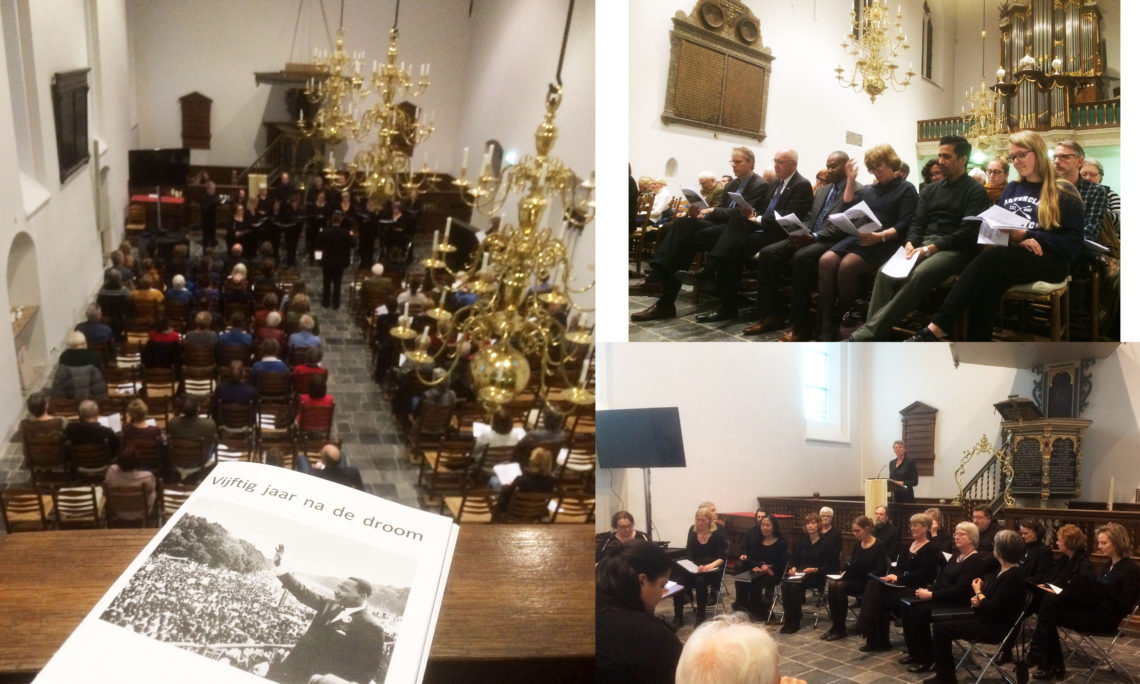 April 4, 2018 – On the occasion of the 50th anniversary of the death of Dr. King, a special evening of commemoration, organized by volunteers, was held at the Abdijkerk in Loosduinen, the oldest church in The Hague.

Ambassador Pete Hoekstra was guest of honor for the commemoration.

The evening was filled with video, choir songs, and speeches by representatives from different faiths commemorating Dr. King and his legacy.  A special choir was formed just for this event.