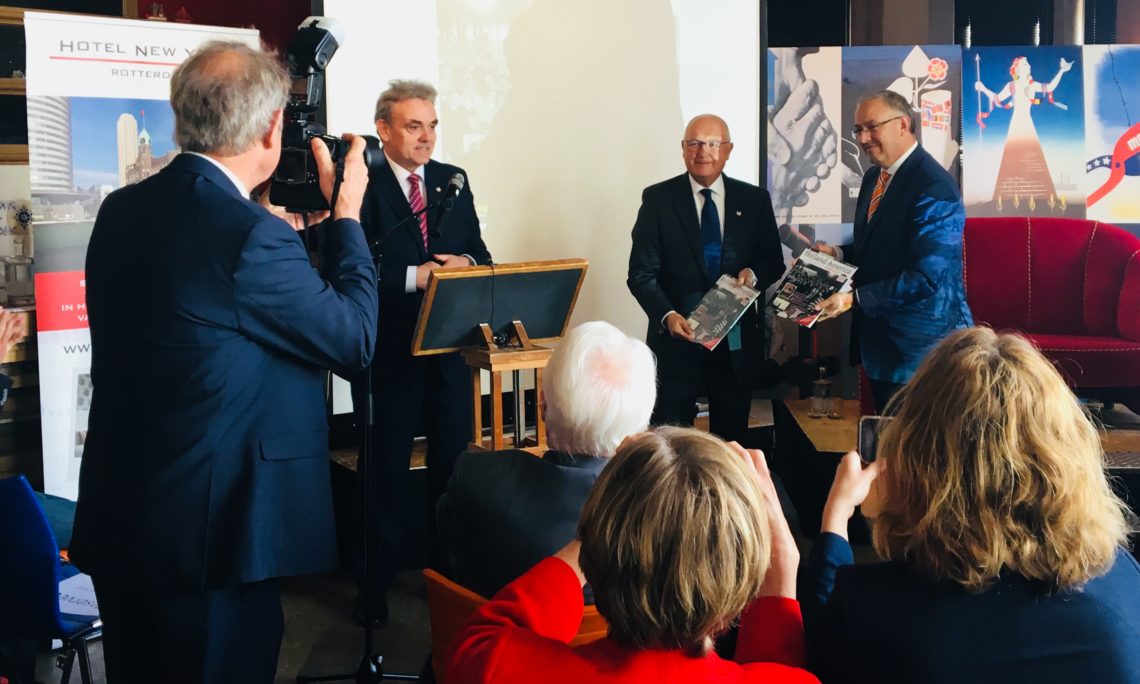 On April 26, we concluded a year of programs celebrating the Marshall Plan 70th anniversary with a symposium in Rotterdam at the Hotel New York.

On April 26, 1948, the MS Noordam arrived in the city of Rotterdam with the first load of Marshall Plan aid.

It was organized by Willem Post and the event also featured Marshall Era songs performed by Professor Frank Mehring, a conversation with the photographer from the Holland America Line who was present 70 years ago, and the presentation of the new Holland America magazine.

The Marshall Plan served as a symbol of our commitment to our strong relationship with the Netherlands.

The speakers explored the history of the plan, motivations, extent of the aid, and the continued importance of transatlantic ties.