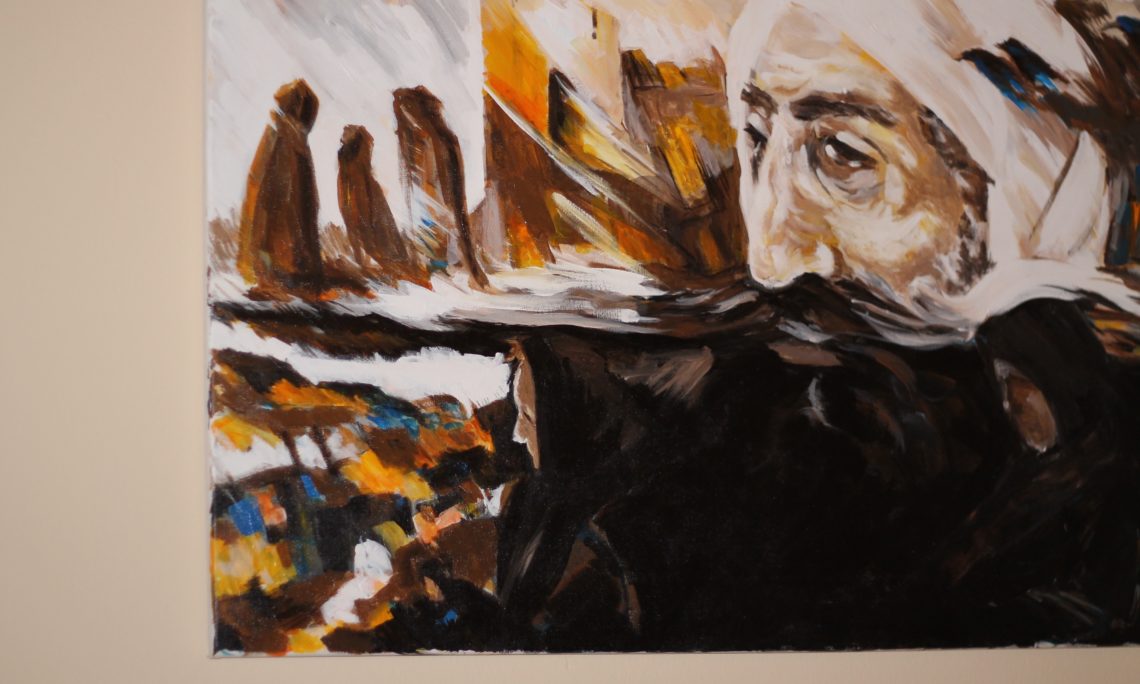 Chargé d’Affaires Shawn Crowley recently hosted a buffet lunch for a group of young Syrian refugees to launch a small exhibition by Syrian artist Mohammed Hussein in the living room of the residence. Hussein’s works very much reflect the Syrian world in which he was living before fleeing to Europe. Unfortunately, he could not be at the event due to a family medical emergency. Also present were contacts from the Ministry of Foreign Affairs, the director and a staff member of The Hague Peace Project, and some American volunteers working with refugees.

During the informal lunch that followed the unveiling of the artworks the guests had opportunities to exchange stories and to tell about their experiences in the Netherlands.  Most of the young Syrians are busy learning Dutch, and one of them was already studying architecture at Delft University.

One of the refugees had encountered problems with a local municipality, but his case will be reviewed again.  The overall spirit was very positive and without exception they were all happy to be in the Netherlands and prepared to grasp every opportunity to build up a new life.

The Embassy is planning follow-up activities in 2017 with The Hague Peace Projects.

Photo Gallery of the event.