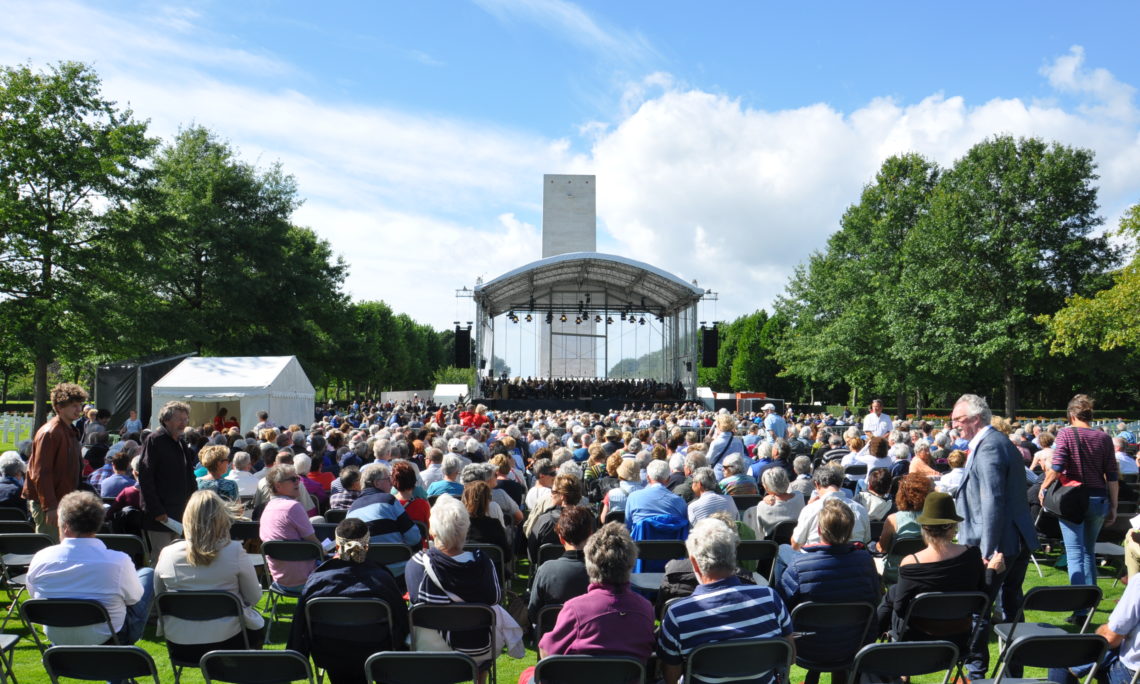 Liberation Concert at the Netherlands American Cemetery in Margraten, September 4, 2016

Since 2006, the Netherlands American Cemetery in Margraten has held an open-air Liberation Concert as a tribute to and in remembrance of the liberation of the Netherlands that began in September 1944 and those who died to secure it.

CDA Shawn P. Crowley gave the opening remarks below at the concert on September 4, 2016.

It is truly an honor to be joining you here today on this hallowed ground. I would like to thank: the Province of Limburg; the Stichting Eerbetoon Netherlands American Cemetery and Memorial; the Municipality of Eijsden/Margraten; and the American Battle Monuments Commission for organizing what has become a

Over seventy years ago, young Americans of all races and social classes left their homes and families, put on uniforms, and traveled half way around the world to battle fascism in Europe. Together with their allies, they fought through North Africa, Italy, France, and Belgium against an experienced and determined enemy.

In September 1944, they crossed into the Netherlands to help liberate the Dutch people.These battles left an indelible scar on this beautiful country, but an even greater mark on the Dutch population, the young soldiers, and their families at home.

The Netherlands remains the final resting place for over 10,000 U.S. soldiers and airmen, including 8,301 of them here in Margraten. We are gathered here today to remember them and to ensure that the current and future generations never forget that we must remain vigilant, we must be prepared to sacrifice, and we must always defend our common freedom.

The music today helps us to remember these points. It is intended to give a personal connection to those who made the ultimate sacrifice. It conveys the powerful emotions of longing for home and peace these soldiers — and the families from whom they were separated — must have felt.

Finally, the music has the power to console and to transcend; to succeed where words fail us. The history of NATO and the European Union has shown that reconciliation and lasting peace are possible, even with former enemies.As we listen to this beautiful music, let us remember the example of these courageous young people who found their final peace not at home, but here in Margraten.

Let us also express gratitude to the people of South Limburg who have adopted and tended their graves, ensured their children understand why they are here, and never let us forget. For this, I would like to thank the people of the Netherlands on behalf of the government and people of the United States of America.