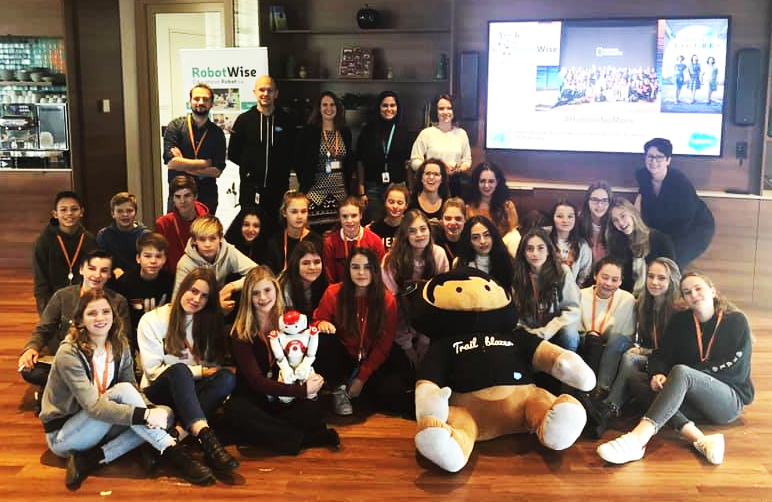 International Day of Women in Science

Tamar Neter-Gans, founder and CEO of RobotWise, recently participated in the IVLP project “Hidden No More”, inspired by the movie “Hidden Figures” about three brilliant African-American women at NASA, who served as the brains behind one of the greatest operations in history: the launch of astronaut John Glenn into orbit.

This U.S. exchange program brought together 50 women from all over the world, who work in STEAM fields, to compare and contrast the challenges and opportunities they see for women in their respective fields.

With RobotWise, Tamar makes use of robots for interactive workshops at schools, companies, and organizations, teaching technical and social skills at the same time. Her goal is to teach 21st century skills in a way that is fun for everyone, including women and girls of course.

In honor of the UN’s International Day of Women and Girls in Science, she partnered up with social enterprise Salesforce.org to show the movie “Hidden Figures” to a group of Dutch high school students.

After watching the movie, a discussion followed on why it is important to include women in STEAM fields, and how to achieve this goal. #WomenInScience