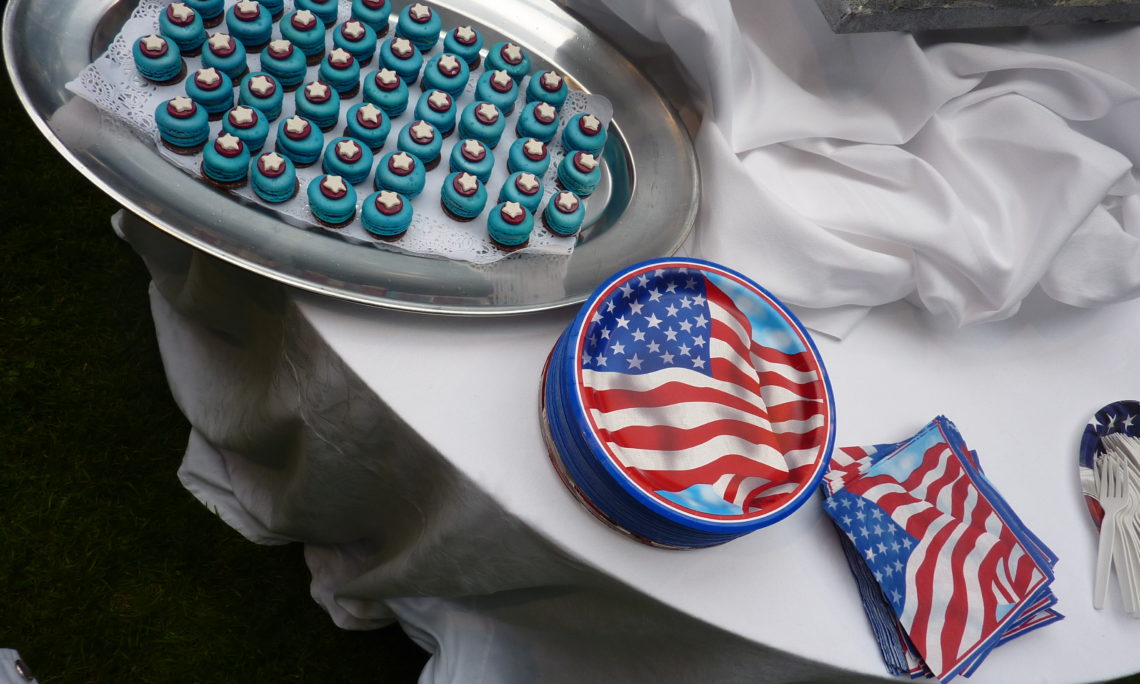 Let me first thank our sponsors and the many volunteers who made this event happen.  This party would be far less grand without your contributions.

I would also like to recognize some special guests with us today.  Representative Bob Goodlatte of Virginia, chair of the Judiciary Committee in the House of Representatives, our Tweede Kamer, is here today along with Representative Steve King of Iowa.  I am personally delighted to welcome you because I am a legal resident of Virginia and former resident of Iowa, where I received my undergraduate education.  Your attendance today symbolizes the importance we attach to our relationship with the people of the Netherlands.  Welcome as well to the Judiciary Committee staff who joined you on this trip.

Representatives Goodlatte and King, you will find that the Dutch are great partners across a range of global priorities.  But at the core of everything we do together is an unwavering commitment to shared values.  Values based on our shared history of overthrowing foreign rulers to establish democratic societies based on the principles of liberty, freedom, justice, and an entrepreneurial spirit.

As we commemorate the signing of the Declaration of Independence, we also mark the anniversary of another symbol of the values cherished by Americans and the Dutch alike.  This year is the 100th anniversary of the U.S. National Park System.  As you look around the tent, and especially at that marvelous cake, you will see we have decided to make this special centennial the theme of our celebration this year.

In the Netherlands, the most densely populated country in Europe, you have, I think, a special appreciation for the vastness of America’s national parks.  Your extraordinary commitment to environmental stewardship amplifies that attachment.

My own family knows from experience about the Dutch fondness for our national parks.  Just before we arrived in the Netherlands in 2013, we visited several of them: Grand Teton, Yellowstone, Glacier, and North Cascades.  And you know what foreign language we heard more than any other on the hiking trails?  “Wat mooi!  Fantastisch!   …  Mama, ik wil niet meer wandelen.”

Another prominent Dutch link to the U.S. national parks is that most consequential of Dutch-American families: the Roosevelts.

Toward the end of the 19th century, a growing awareness developed that the nation’s rush to conquer and tame the land had come at a terrible cost.  An avid lover of nature, President Theodore Roosevelt created five new national parks, 51 federal bird sanctuaries, four national game refuges, 18 national monuments, and more than 40 million hectares of national forests.

Today, the National Park System covers land eight times the size of the Netherlands.  Nearly 300 million visitors enjoy the national parks each year.  This reflects the radical idea – a truly democratic idea – behind the national park system: that the magnificent natural wonders of the land should be available not to a privileged few, but to everyone.

As President Obama pointed out during his recent visit with his family to Yosemite: “… The beauty of the national park system is it belongs to everybody.  It is a true expression of our democracy — the notion that we all look after ourselves and our families, and we work hard, and we make money, and we have our own homes and apartments and cars and televisions, but then there’s this part of us that is part of everybody, something we have in common, something we share — a place where we connect with each other, and to connect to something bigger than ourselves.  What an incredible idea.  What a worthy investment.  What a precious thing we have to pass on to the next generation.”

As we come together to celebrate our Independence Day, I encourage all of you to follow the Roosevelt example and do our part to protect our natural wonders, so we can continue to connect with something bigger than ourselves.  Most importantly, take your families to the parks.  My own family will be hiking the trails of Crater Lake National Park in Oregon next month.  We look forward to hearing Dutch there.

Thank you and happy birthday, America.