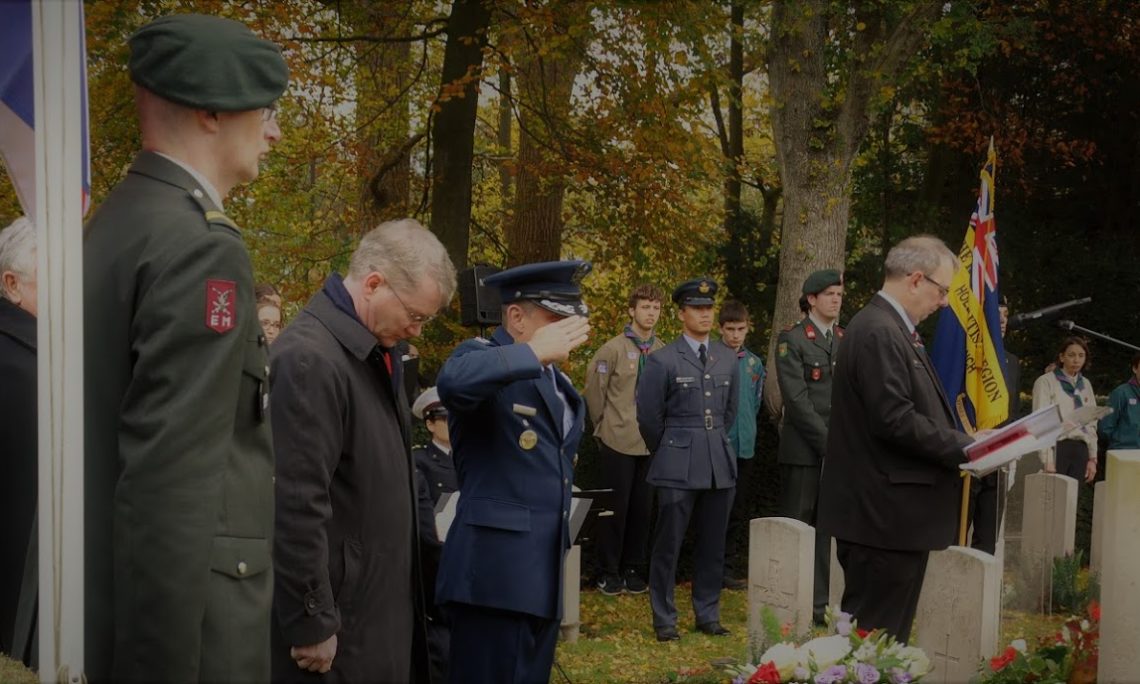 November 11, 2018
Westduin Cemetery, The Hague – Each year a service his held for Commonwealth Remembrance Day in The Hague to honor the sacrifices of the Commonwealth forces in the First and Second World Wars. The ceremony was hosted by British Ambassador Peter Wilson who spoke on the importance of remembering those who died so others might live in freedom on the 100th anniversary of Armistice Day.

The Remembrance Day Service also pays tribute to The StijkelGroep, named after Hans Stijkel, Leader of a group of individuals actively involved in the resistance against German occupation after the invasion of The Netherlands on 10 May 1940. Memorial stones have been erected in Westduin Cemetery in their honor.