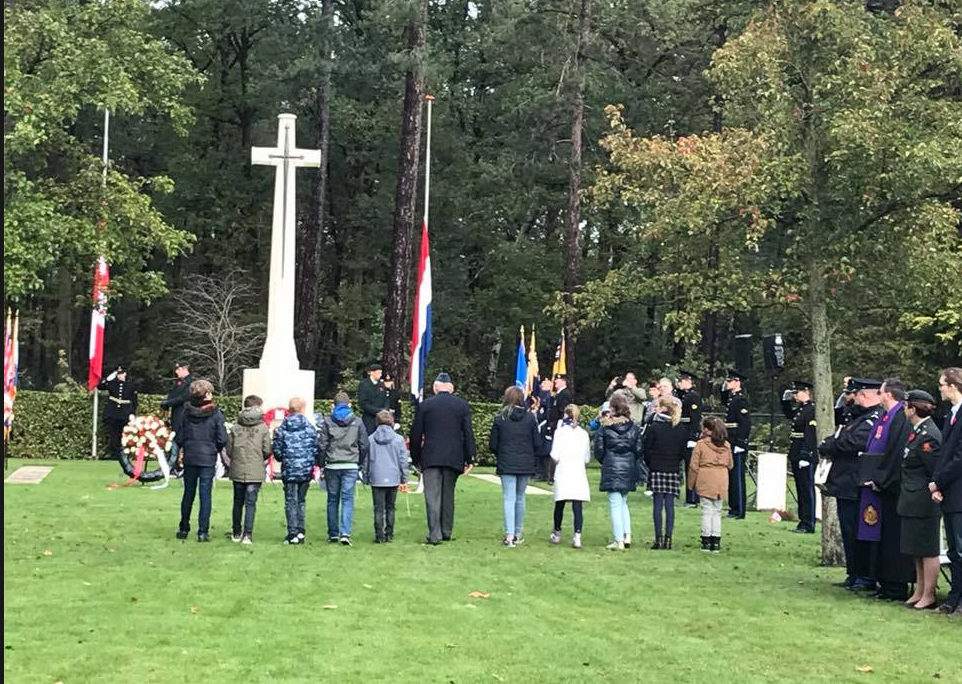 Honoring Canadians who died in in the Netherlands during World War II.

The Canadian soldiers who helped liberate the Netherlands in World War II were honored during a memorial ceremony held on October 22, 2017, at the Canadian War Cemetery in Bergen op Zoom.

Our Chargé d’Affaires Shawn Crowley joined Canadian Ambassador Sabine Nölke as well as hundreds of others at the impressive ceremony. The cemetery is home to 1,118 predominantly Canadian soldiers who died during the fierce fighting north of Antwerp during the Battle of the Scheldt in 1944. Of the 1,118 buried there, 1,087 have been identified.