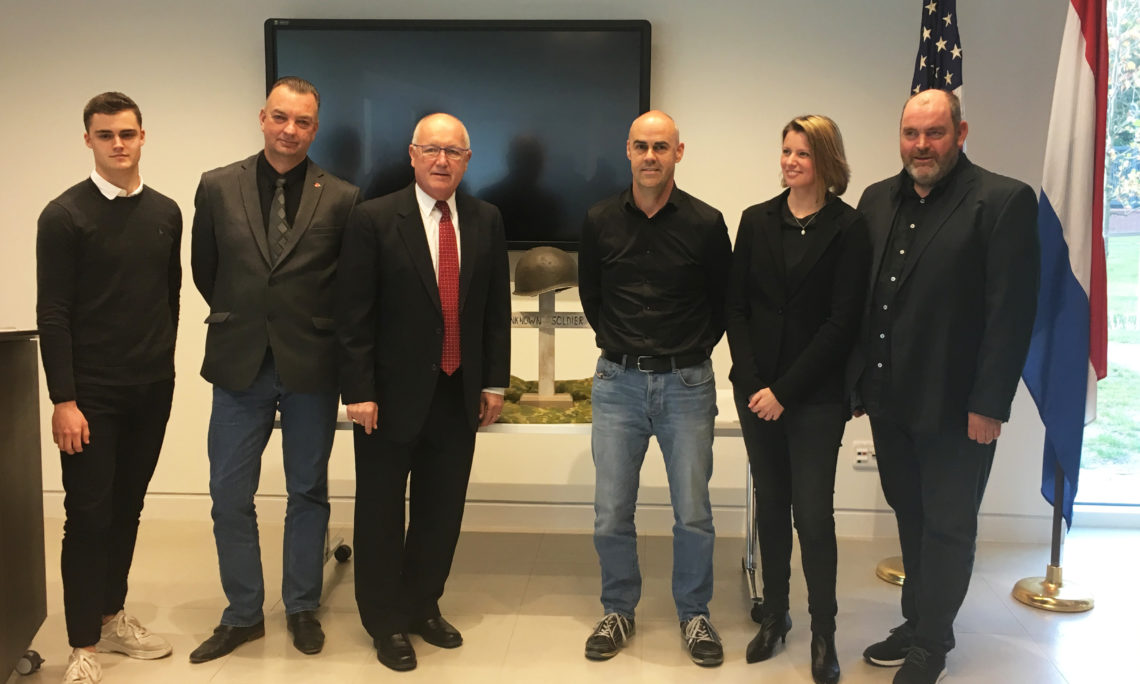 It was donated by a Dutch historian, who recovered the helmet from an Operation Market Garden drop zone near Nijmegen.

Despite advances in DNA technology, there was no identifiable traces on the helmet that allowed for identifying the U.S. soldier.

On this, the eve of Veterans Day, Ambassador Hoekstra stressed the importance of remembering the sacrifices that were made during World War II, and sincerely thanked the historian for all his work. The helmet will be permanently housed at the U.S. Embassy in Wassenaar.