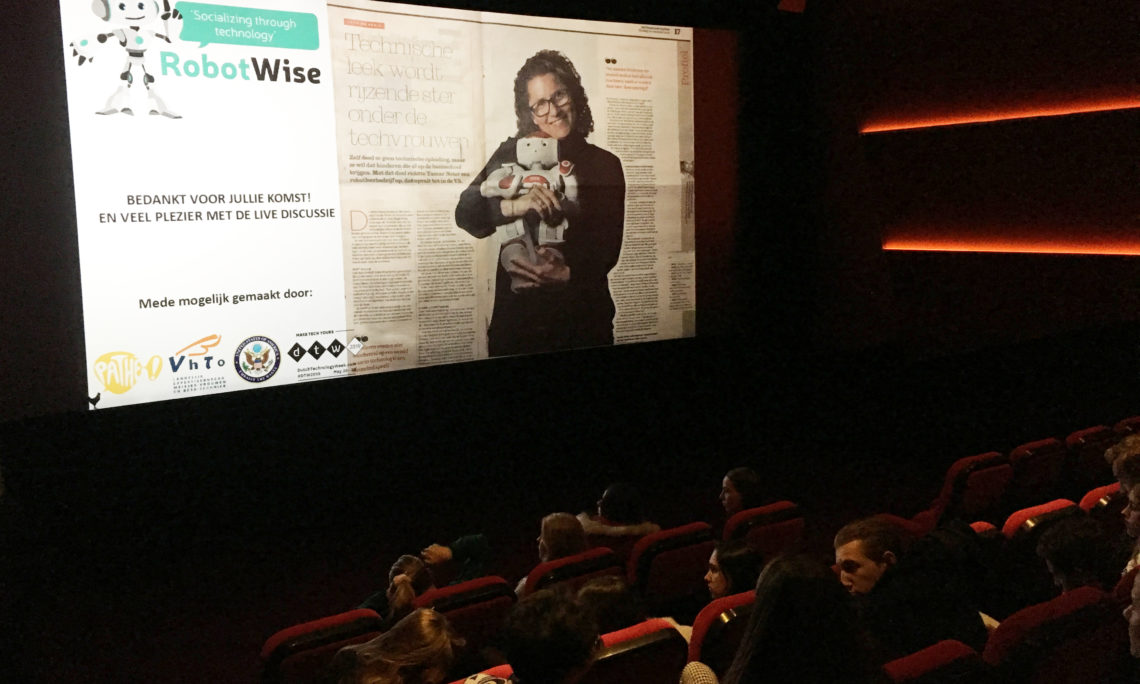 From May 20-24, 2019, during the nation-wide Dutch Technology Week, high school students from all across the country could watch the movie “Hidden Figures” in a Pathé cinema, followed by a discussion about the importance of empowering women in STEM fields, led by female role models.

Tamar Neter-Gans, one of the women in STEM role models herself, was the driving force behind the program. The U.S. Embassy contributed with a small grant, and finding U.S. exchange alumni to participate as discussion moderators.

Tamar Neter-Gans participated in the #HiddenNoMore – Empowering Women in STEM International Visitor Leadership Program project in 2018. Her gratitude translated into a wish to pay it forward to the next generation, through this program. She partnered with the U.S. Embassy in The Hague, cinema chain Pathé, the Dutch Technology Week, and VHTO (the government organization aiming to empower women in STEM fields) to make it possible for Dutch high school students to see the movie “Hidden Figures” in a cinema during the Dutch Technology Week.

The movie was screened 15 times at different locations throughout the country, including the more rural areas, reaching more than 2,000 high school students. Each movie screening was followed by an interactive discussion between one or two women role models in STEM fields – who acted as the moderators – and the students.

The moderators shared their own experiences as women in male- dominated fields, but also asked the audience questions about their film poster, the perception of women in STEM fields, equality and discrimination, and their impressions of the movie.

A total of 26 women role models participated in this project, all voluntarily and very enthusiastically. Some of them were U.S. exchange alumni (including two Women2Women alumni who study at technical universities); others represented large tech companies, such as IBM, and Boeing.