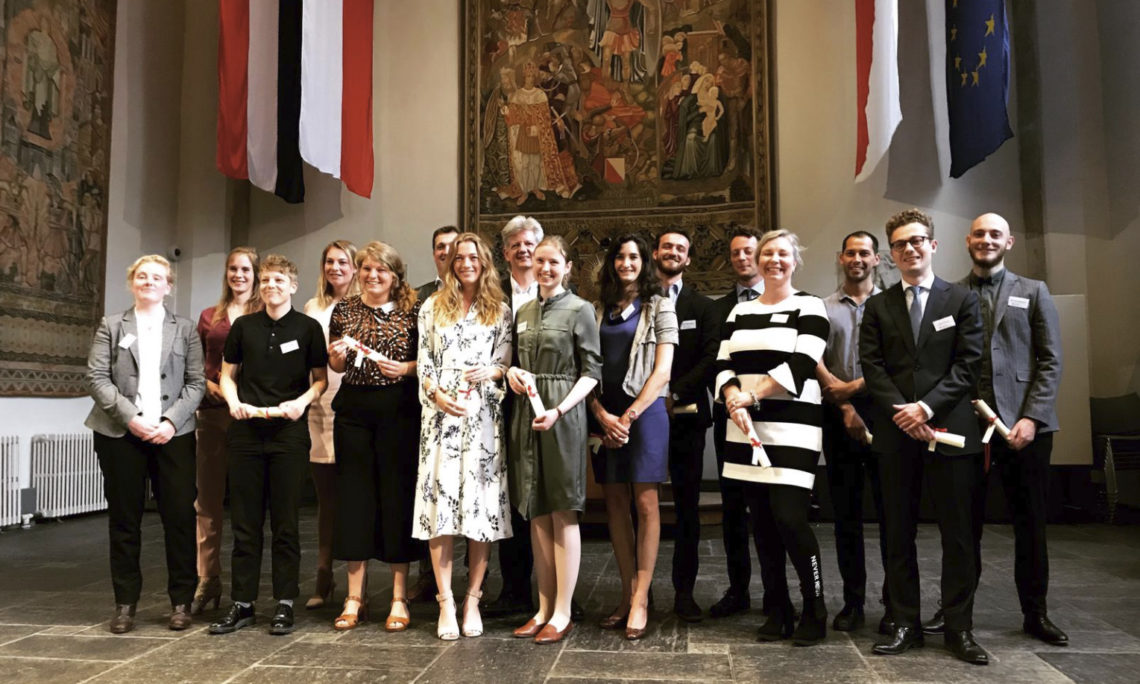 On June 17, 2019, Public Affairs Officer Sherry Keneson-Hall spoke at the Fulbright Award Ceremony, in the historic Academiegebouw of Utrecht University, on the occasion of Dutch students and scholars being honored as the latest Fulbright grantees.

Established in 1946, the Fulbright Scholar program is an American scholarship administered jointly with the Dutch government, in which American students receive grants to study internationally, and non-American citizens receive grants to study in the United States. The selection process is rigorous and competitive, leading the Fulbright Program to become one of the most prestigious scholarships in the world.