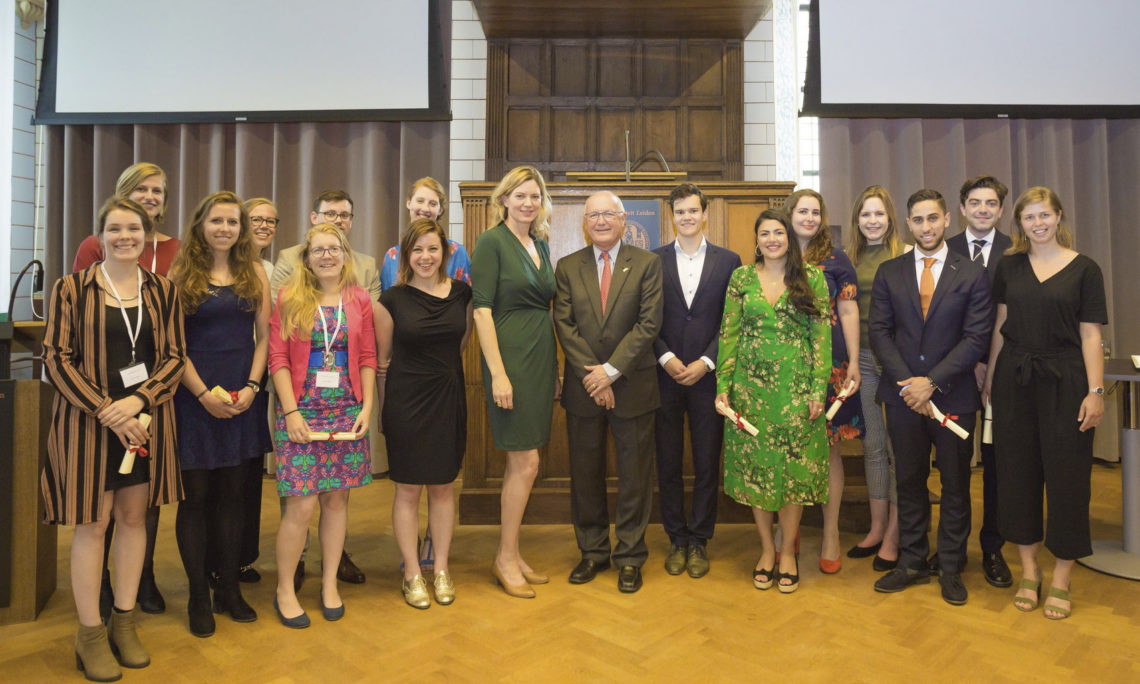 Ambassador Pete Hoekstra delivered remarks and handed out awards at the annual Fulbright Award Ceremony in Leiden. Out of a pool of Dutch applicants, nine PhD candidates and eight graduate students were selected to participate in the internationally renowned program.

Established in 1946, the Fulbright Scholar program is an American scholarship administered jointly with the Dutch government in which American students receive grants to study internationally, and non-American citizens receive grants to study in the United States. The selection process is rigorous and competitive, leading the Fulbright Program to become one of the most prestigious scholarships in the world.

In his remarks, the Ambassador praised Fulbright for their mission to enhance cross-cultural understanding and increase world peace through promoting “people to people diplomacy.” He cited the excellent relations between the Netherlands and the United States as an example of hundreds of years of cultural exchange and a willingness to learn from each other. Karin Dekker, Director of International Education at the Ministry of Education, spoke as the representative of the Dutch government in this bi-national endeavor.

Similarly, this year’s Dutch Fulbright recipients will do the same when they journey to the United States to continue their studies. From psychology to education to drama, these students will surely bring a unique perspective both in and out of the classroom, showing that ideas are not limited to one country, but are meant to be shared.