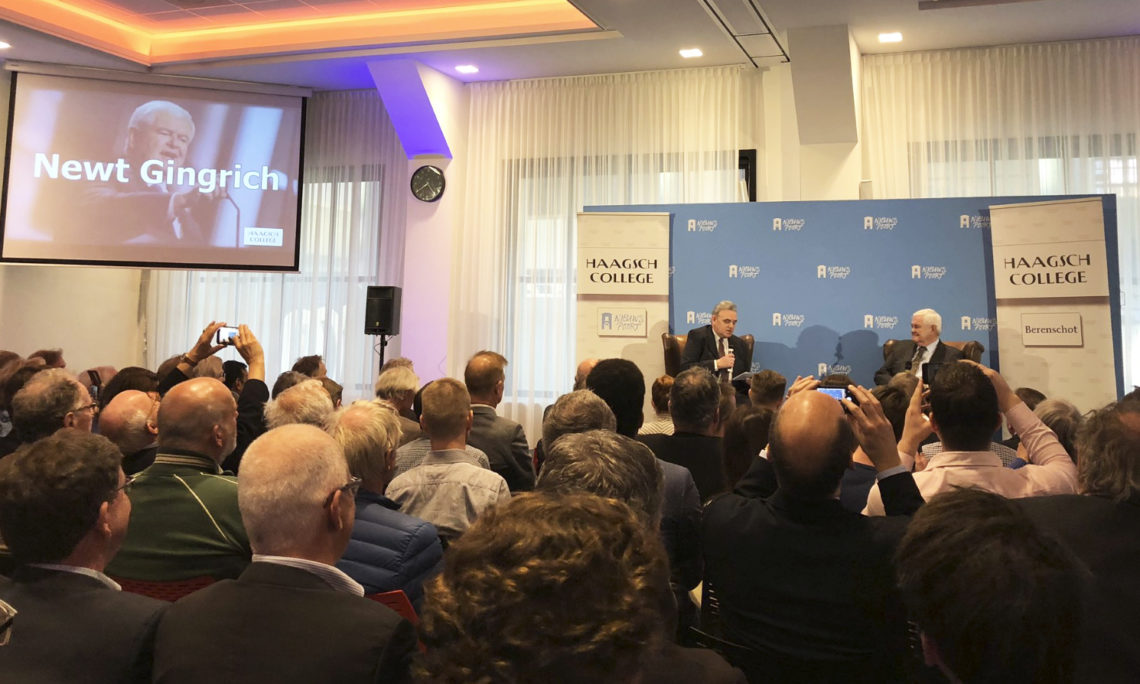 On April 1, 2019, former Speaker of the House of Representatives Newt Gingrich participated in programs in Amsterdam and The Hague.

He started the day with a visit to the Artis Amsterdam Royal  Zoo. Mr. Gingrich has a lifelong interest in zoos, and was very keen to visit one of the oldest zoos on mainland Europe.  Together with Ambassador Pete Hoekstra, he was given a tour by Artis Zoo Director Rembrandt Sutorius.

Then he had discussions on 5G, emerging technologies, and The Global Entrepreneurship Summit at the John Adams Institute in Amsterdam. The event was moderated by Dutch journalist and former U.S. correspondent Twan Huys.

In The Hague, Mr. Gingrich was interviewed by RTL Nieuws about his concerns with Huawei providing 5G services to the Netherlands.

The day concluded with a sold-out event organized by The Haagsch College at the Nieuwspoort Press Center, moderated by Willem Post. Mr. Gingrich talked about geopolitics and trade relations.

Ambassador Hoekstra made opening remarks at this great event.