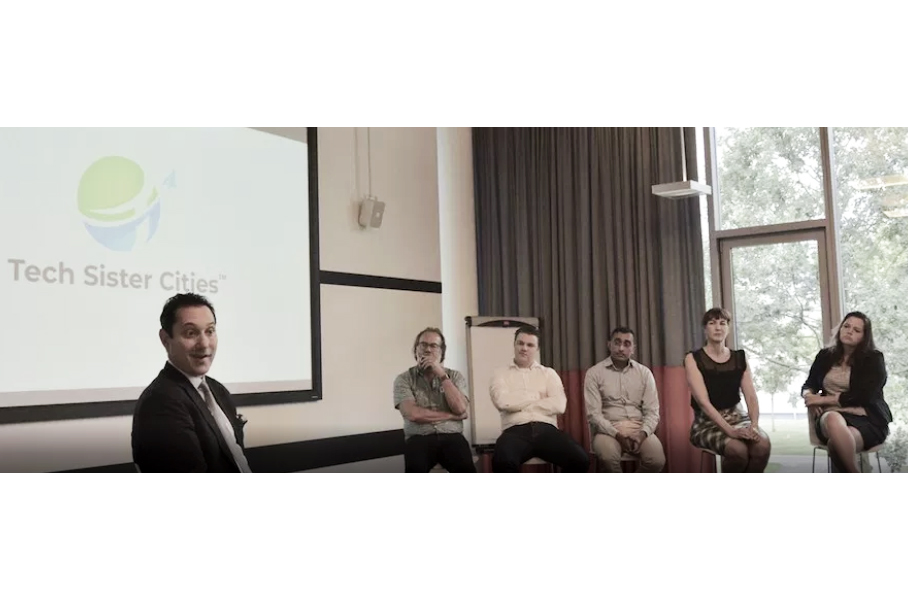 On September 12 and 13, Dispatches Europe organized its first Tech Sister Cities event in Eindhoven, sponsored by U.S. Embassy The Hague.

American investor Jonathan Blue, founder and chairman of Blue Equity, met with many representatives of Eindhoven’s tech and entrepreneurial communities.

The main event, Mr. Blue’s talk called “Eyes Wide Open – How American Investors See The World,” at the High Tech Campus Eindhoven, welcomed 70 startup and scale-up entrepreneurs, government representatives from the city of Eindhoven and the Ministry of Foreign Affairs and stakeholders from the Brainport region, Amsterdam, and Utrecht.

Mr. Blue also took time for individual meetings with startup founders and others in Eindhoven’s ecosystems.