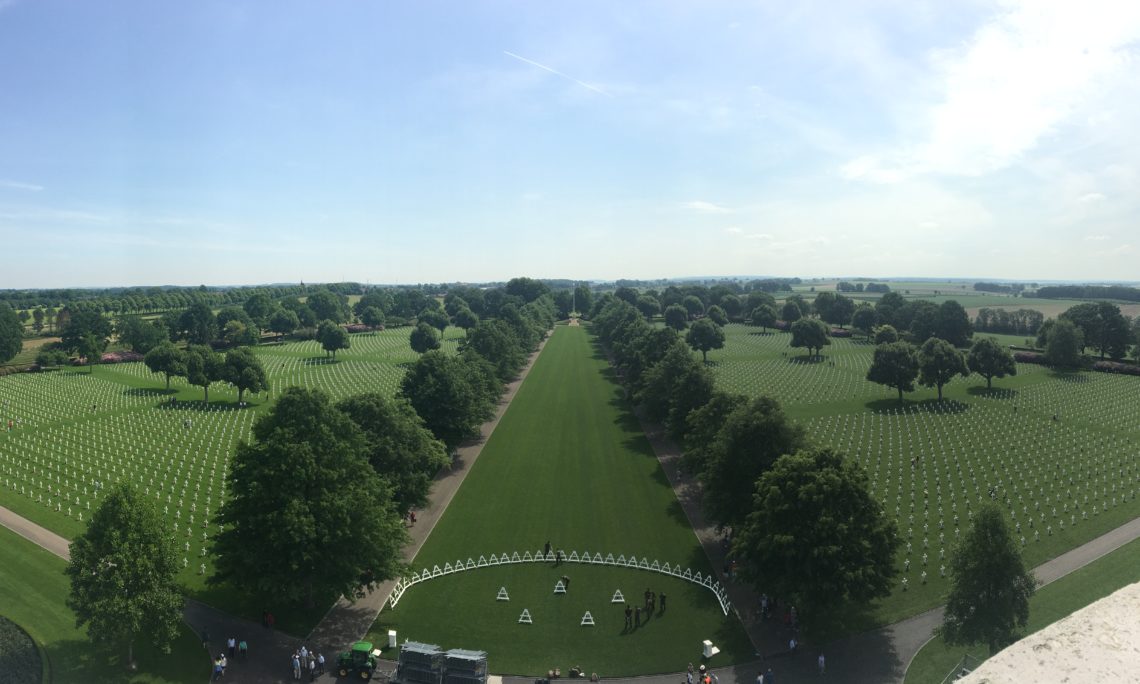 Each Memorial Day weekend, thousands of visitors travel to the Netherlands American Cemetery in Margraten to honor the Americans killed in World War II. On Saturday, American children from the local Boy and Girl Scout troops,  as well as other volunteers, spent several hours planting U.S. and Dutch flags on each of the 8,301 graves.  They also honor the 1,722 names on the Walls of the Missing.  Ambassador Pete Hoekstra came out to thank Dutch grave adopters and thank the volunteers.  He also met with 94-year-old WWII veteran Jack Frank from North Carolina.  Frank was 19 when he arrived along with other liberators in the Netherlands in 1944.  Ambassador Hoekstra’s parents were some of the Dutch citizens liberated by Canadian and American troops.

Also at the cemetery today were the members of Liberty Maastricht, who have organized a tour with about 40 WWII vehicles from the Netherlands American Cemetery in Margraten to war monuments in nearby Maastricht on Memorial Day weekend for the last five years. The re-enactors laid a wreath, decorated the graves of American soldiers they adopted, and listened to a brief speech from their chairman, Peter Gulikers. He stressed the importance of including the younger generation in commemorating the war heroes who liberated the Netherlands.

Memorial Day weekend in Margraten is always a moving time.  The cemetery hopes to begin construction soon on a new visitor center, allowing them to welcome even more visitors annually.